Coronavirus
By Tribune Online On Jul 9, 2020 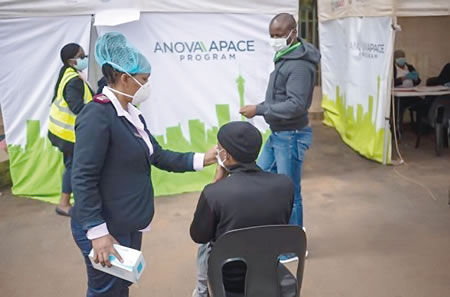 Nigeria’s efforts at developing a solution to the challenge of non-availability and high cost of COVID-19 diagnostic kits have finally paid off with the development of RNASwift Extraction kit.

This was disclosed by Prof. Alex Akpa, Director-General of National Biotechnology Development Agency(NABDA), on Thursday during a news briefing held at the conference room of Federal Ministry of Science and Technology, Abuja.

He said the RNASwift test kit would not only revolutionalise Africa’s PCR-Based COVID-19 testing but will also expand the capacity by 50 times at least.

Akpa also said it would equally reduce cost by over 500 per cent as compared to the conventional kit in use.

“This meets the demands of the Test Africa Initiative. The kits will be produced in Nigeria, which is great news considering that it will enable preference to be given to the testing needs of Africa.

“The need for the invention was conceived by the request from the Federal Ministry of Agriculture and Rural Development (FMARD), to test five million farmers and farmhands.

“This was to ensure that our food security chain was not compromised by COVID-19,’’ the D-G said.

According to him, the RNASwift test kit is an indigenous diagnostic test kit designed, developed and validated in Nigeria for the identification of the causal agent, SARS-Cov-2, which causes COVID-19.

He noted that the diagnostic kit is “very accurate and sensitive’’ and competes favourably with conventional and commercially available kits for the diagnosis of COVID-19.

“This is in addition to a careful choice of reagents that are human and environmentally friendly in the development of the protocol for the diagnostic kit.

“In fact, the attributes of the RNASwift kits make it a game-changer in the design and production of diagnostic kits for infectious diseases in the face of an epidemic or a pandemic,’’ Akpa said.

He further said that the project was made possible due to the scientific collaboration between the NABDA, Nigerian Centre for Disease Control (NCDC), and Nigerian Institute for Medical Research (NIMR).

Prof. Akpa added that the technical support team of the University of Sheffield, led by Dr Alison Nwokeoji, also made the project successful.

In his speech at the briefing, Dr Ogbonnaya Onu, Minister of Science and Technology, recalled that the first index case of COVID-19 was recorded in Nigeria on Feb. 27.

Onu said he had tasked Nigerian scientists to come up with a solution with the sum of N36 million pledge.

The Minister said Nigerians were creative and talented enough to develop homegrown solutions to major challenges confronting the country, Africa and the world, with the RNASwift test kit as an example.

“Today, the RNASwift extraction kit developed by Nigerian scientists has capacity in an accurate, sensitive and affordable cost to detect SARS-Cov2, the causative agent of COVID-19.

“With the RNASwift test kit, we are going to test five million farmers, and the new test kit will reduce cost drastically,’’ Onu said.

He hinted that the African Development Bank was interested in it, not only as Test Africa Initiative but that Nigeria should be the rallying point.

Similarly, he said the other African countries stood to benefit from the test kits due to the low cost.

The minister commended NABDA and said the agency had not only made the Ministry proud but Nigeria as a whole.

He said the FMARD was in the forefront when it came to food security, adding that with the invention and successful validation of the test kit, it was time for Nigerians to look inwards.

“We have talents and we need to develop and build on these talents, we will realise our target of testing five million farmers and Nigerians would be proud of this test kits,’’ Nanono said.

He applauded NABDA for the project, saying the success of the test kit was a milestone recorded in the FMST.

Speaking to newsmen on the sideline of the briefing, Dr Rose Gidado, Scientist and Deputy Director at NABDA, said the day was remarkable and historic for the agency, the ministry as well as Nigerians.

She said the new test kits could test more than 20,000 people a day but if more testing centres were set up, it could go up to 50,000 with automation.

The Scientist added that the need to test more Nigerians was necessary in order to isolate and treat.