The courts and injustice to MKO Abiola 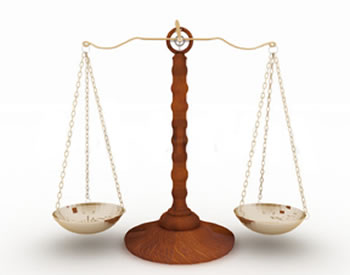 Justice is the will of the strong and while the strong does what he likes, the weak suffers what he must. This is the most appropriate way to describe the case of Chief Moshood Kashimawo Olawale Abiola, the acclaimed winner of the June 12, 1993 presidential election, under the military. The military, the strong, did what it liked while MKO Abiola and, indeed, those who voted for him, the weak, suffered what they must.

What seems to have escaped the attention of many in the political impasse that followed June 12, 1993 Presidential election is the role the courts played in the annulment of the election by the then Military President, Gen. Ibrahim Babangida, and how the courts were manipulated to deny Abiola justice in the electoral matters before them shortly before and immediately after the annulment.

Abiola, the Aare Ona Kakanfo: Before the 1993 presidential election, Nigerians would recall that there was a sensational case which involved the Alaafin of Oyo, Oba Lamidi Olayiwola Adeyemi III, and the immediate past Ooni of Ife, Oba Okunade Sijuade, over the announcement by the Alaafin to install Abiola as the Aare Ona Kakanfo of Yorubaland. The announcement was given the widest of publicity. A day was fixed for Abiola’s installation. Because Abiola was a popular international businessman, guests from all over the world had started arriving for the installation.

In law, an ex-parte motion is one in which one can get an order without the knowledge of the other party. Somehow, Oba Adeyemi got wind of the fact that a motion ex-parte had been filed. Hitherto, I have been Oba Adeyemi’s lawyer in the supremacy tussle between Oba Adeyemi and Oba Sijuade. So, the Alaafin contacted me. I proceeded to the court, filed a formal application to search the court’s file from where I obtained a copy of the paper filed by the Ooni and thereafter filed a counter affidavit. This was a novel one because it has never happened like that before.

The case came up a day before the installation. It was the case of the year. The court rejected Ooni’s prayers and so Abiola was installed as the Aare OnaKakanfo the following day with pomp and pageantry.

June 12, 1993 Election: It is a notorious fact that the June 12, 1993 election has been adjudged as the freest, fairest and most credible election in the annals of elections in this country. All the same, it is now a well-known fact that Abiola’s electoral victory did not go down well with the military. This naturally led to many court cases filed on the matter, which ended up at the Court of Appeal in Kaduna.

It is important to note that two days to the election, Hon. Justice Bassey Ikpeme of the Federal High Court, Abuja, in a rather bizarre manner, had delivered a nocturnal ruling around 9.15 pm to the effect that the election could no longer continue, one of the reasons that emboldened former Military President Ibrahim Babangida to annul the election.

Abiola appealed Justice Ikpeme’s decision: Before going into the nitty-gritty of the Appeal at the Kaduna Division of the Court of Appeal, it is apposite to note that Justice Ikpeme’s ruling was patently wrong on all fronts, particularly as the enabling law had provided that only the Chairman of the National Electoral Commission, Prof. Humphrey Nwosu, was the only one empowered by law, to stop the election. This was the beginning of a series of acts of omission or commission using the courts to manipulate the duplicitous annulment of the June 12, 1993 presidential election to the consternation of many locally and internationally.

Abiola had briefed the late Chief Roimi Williams, SAN and my humble self, to fight the case for him. Both on points of law and facts available, we were sure to win.

Immediately the case came up at the Court of Appeal, Kaduna, the then President of the Court of Appeal, the incorruptible Hon. Justice Mustapha Adebayo Akanbi, because of the peculiar circumstances of the matter, did not want anyone to know who among the Justices of the Appellate Court would sit to hear the Appeal. And so, he empanelled 10 of his best Justices of the Court of Appeal and gave all of them the records, even when it was only five that would sit to hear the Appeal. He simply did not want anybody to interfere in the matter because of the importance and the sensitivity of the matter. Justice Akanbi remains one of the most diligent men of integrity that have ever adorned the Bench in this country. No wonder, he was the first Chairman of the Independent Corrupt Practices Commission (ICPC).

On hearing date: On the day of the trial, Chief Williams was not in court and so, I led a team of 30 lawyers. To me, based on the law and on the facts of the matter, we believed we would win the case for Abiola. We went to court with several relevant authorities (law books). But before the Judge sat, Chief Phillip Umeadi, SAN, representing the Federal Government, came in late. When he saw the formidable team of lawyers I brought to court as well as the volumes of authority that we brought, he asked rather derisively that: “Afe, what are you doing with all these lawyers and volumes of authorities.” I replied that: “But you know that hearing in this case has been fixed for today and we are here to do justice to the matter at hand.”

But he replied that the case could not go on as there was no lis before the court to which I answered, let us wait and see!

At the mention of the case, I announced my appearance for Abiola, while Umeadi announced his appearance for the Federal Government, and he told the court that he wanted to make a preliminary objection. The court allowed him and he said: “My Lord, there is no lis before this court because the election had been annulled”.

In my reply, I summited to the court that such a pronouncement cannot be through oral statement but that it should be through a Government Gazette. After all, all the Decrees by the Military Government were always gazette.

The court had no choice than to admit the gazette in evidence.

The court then asked for my opinion now that the Gazette had been tendered.

I instantly became disturbed when I saw the Gazette because I was alarmed that a Gazette could be procured in a matter of minutes. I had no choice than to admit to the fact that there was no lis before the court. In my reply, with tears in my eyes, I said, rather courageously that “this is the saddest day for the judiciary in this country and the beginning of a journey the end of which no one knows.”

The over-crowded court dispersed in audible murmurings! What happened that day has continued to hunt us to this day. The court was denied the opportunity of hearing the case. Abiola, his lawyers and his teaming supporters became helpless before the court of law.

Twenty-three years after I made that statement, we are still on that journey. Today, we have to contend with all manners of contentious issues like the problem of Boko Haram, which has been getting worse with the incursion of herdsmen into the polity and the attendant blood bath they have consistently inflicted on the country, as well as militancy in the South-South part of the country because we allowed ourselves to miss that golden opportunity in 1993.

At the international level, the price of oil, the only source of our national income, has fallen drastically. Many of the states of the federation have not been able to pay salaries since the beginning of the year, have resorted to petty larceny, including stealing of pots of amala and eating it with palm oil! A ludicrous situation indeed!

Chief Babalola (SAN) is an elderstateman.

The annulment, the last act