Countries to pull out of ECOWAS —Primate Ayodele 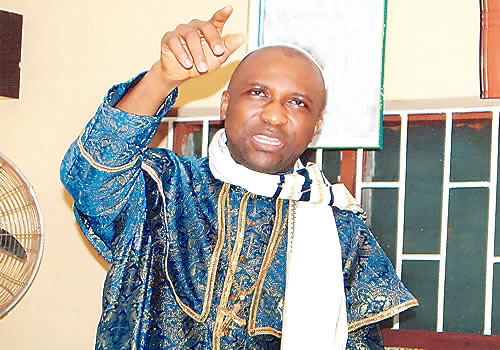 Founder and head of the Inri Evangelical & Spiritual Church, with headquarters in Lagos, Primate Elijah Ayodele, has sent a note of warning to members of the Economic Community of West African States (ECOWAS) on an imminent fracture that would affect the unity of the countries, saying that this would lead to the exit of some of them.

This was part of the mid-year prophecies which he made available to TribuneChurch.

It will be recalled that the seer had, barely two years ago, called on the European Union to tread carefully with the eventual exit of Britain from the union. He, however, said that the occurrence left much to be desired.

According to him, “The only thing is that it is a wrong signal to the whole world. There is nothing to jubilate about this. It will affect the whole world. Scotland will pull out of the United Kingdom in less than five years from now. I see Boris Johnson becoming Prime Minister of Britain.

“I see some African countries that will pull out of ECOWAS as the head of the ECOWAS union would have crisis in his home country.”

Speaking on the state of the Nigerian economy, he called on both citizens and leaders to brace up for more hard times, insisting that revamping the economy was a long way ahead.

“Nigerians should brace up. More hardship is expected. This presidential system of government will fizzle out. I must say that the present Federal Government is totally confused. God is angry with Nigeria because of bloodbath and irregularities of this government,” he said, noting that “We need a lot of prayers to survive.”

In his message to the states, the religious leader revealed that the bailouts expected from the Federal Government would not help salvage the economies of the states.

“Despite the Federal Government’s bailout to states, the economy will get worse for them. A lot of governors will still run into crisis,” he said.

He canvassed for prayers for the health of President Buhari, just as he said that “I foresee the death of a former First Lady.”

Continuing, Primate Ayodele charged the Senate President, Bukola Saraki to be careful of the allegations brought on him by the Federal Government.

“Saraki should not underestimate the charges as it has been forewarned that certain powers would want him out as Senate President at all cost. The removal of Saraki would cause a crack in the APC. Some senators would gang up against Buhari which would also affect the party and the nation.

“Modu Sheriff is not the messiah of the PDP. His chairmanship would collapse the PDP. I see a new party coming out from the residuals of the APC and PDP. Buhari’s second term is uncertain,” he warned.

‘Why we settled for quiet wedding’