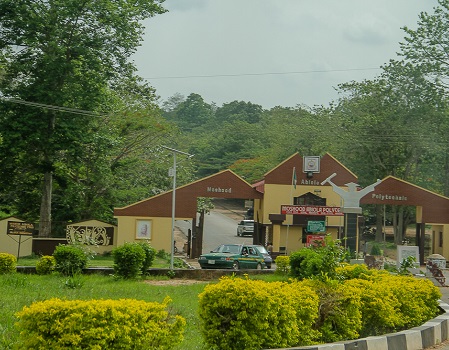 The management of Moshood Abiola Polytechnic, Abeokuta, has denied reports that Olalekan Oladapo Ogunremi, a convicted cybercrime fraudster, is a student of the institution.

MAPOLY authorities stated that Ogunremi failed to complete his National Diploma programme in Mechanical Engineering at the institution.

The management said Ogunremi’s studentship was terminated in 2017 as a result for poor grades.

This was contained in a news release signed by Yemi Ajibola, Head, Public Relations and Protocol of the institution, a copy which was sighted by Tribune Online.

Recall that the Economic and Financial Crimes Commission (EFCC) in a release on Wednesday said it secured the conviction of a cybercrime fraudster who is a student of the institution.

The statement reads: “Attention of the Management of Moshood Abiola Polytechnic, Abeokuta has been drawn to reports of some online media and newspapers of a cybercrime fraudster, Olalekan Oladapo Ogunremi, who claimed to be a student of MAPOLY.

“We hereby wish to state unequivocally that the convict is NOT our student.

“We also want to place on record that, we do not offer Mechanical Engineering in Higher National Diploma programme as allegedly claimed in the report.

“We did not have such name in our record but the closest details in our record to the published name is that of a student who got admission in 2014/2015 academic session for National Diploma programme and did not finish due to poor academic performance thereby, forfeited his studentship since 2017

“The general public is requested to note that the culprit is not a student of Moshood Abiola Polytechnic, Abeokuta,” Ajibola said.