Lagos Water Corporation in the Onikan area of Lagos State was gutted by fire on Thursday as a result of a suspected underground gas or petrol facility believed to be a pipeline.

This happened barely 24 hours that fire surged the city of Onitsha destroying goods worth millions of naira and claiming several lives, and killing a woman and her child. 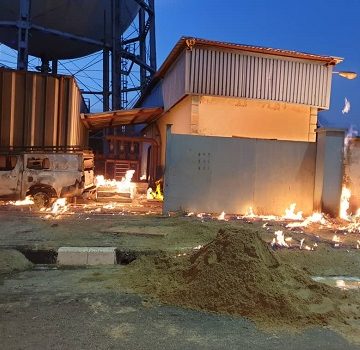 The scene of the fire incident

The LASEMA Public Affairs Officer, Nosa Okunbor had confirmed that the agency and other responders were still battling the fire incident at the Water Corporation around 6:42 p.m. 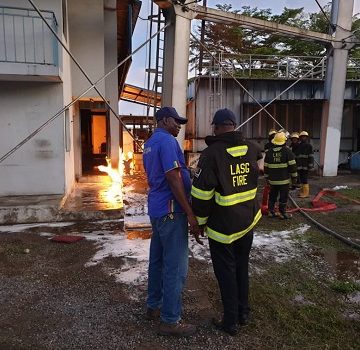 The firefighters rescuing the situation

He said that the Department of Petroleum Resources (DPR) had confirmed that there is an unidentified gas pipeline passing through the area which had caused the fire eruption.

Nosa added that the fire was reportedly discovered to have been ignited from different places on the ground inside and outside the water corporation complex, adding that no life was lost and no record of injury in the fire incident.

Lagos water corporation marks about 400 houses for demolition in Ogun