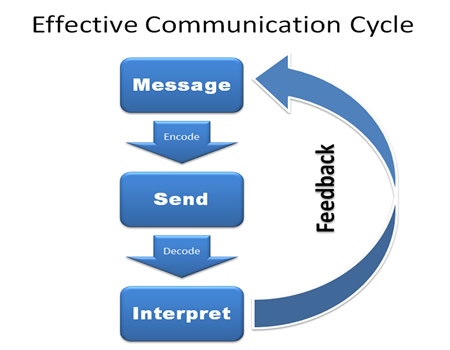 Communication is probably the most essential aspect of our lives today, and it has always been. The mode of communication has consistently improved since humans graced the face of the earth. From verbal communication, engraving words on stones and trees, sending out doves to deliver messages to written letters, landline telephones and telegram, mobile phones communication, emails, instant messaging, video conferencing, the human race has certainly come a long way in the communication journey.

In the last 20 years, we have seen significant growth in the way people communicate. This was majorly driven by the advent of the internet and powerful smartphones that have enabled us to communicate effectively, and in ways we never imagined. Who knew we would one day be able to communicate visually with others in faraway continents? Nobody could have predicted that but today it has become a regular part of our daily realities.

Communication is not only useful during the good times, but adequate communication is also needed more than ever in difficult times such as the one we currently face in the world, which has changed the way we interact, work and live our lives. It is a pandemic that has put the world on lockdown for the best part of two months. The coronavirus has killed many globally; it has rendered many jobless and others panicking.

During trying times such as this, communication is of utmost importance. In the early weeks of the virus outbreak, world leaders were swift to address their citizens in order not to spread panic and reassure citizens they were doing everything within their power to put an end to the pandemic.

In Nigeria, however, it wasn’t that straightforward. There were constant calls for the president to address the nation. Before the president finally did, a lot of unpleasant conspiracy theories had already begun making the rounds. That is precisely what happens when there is a perceived lack of communication, especially in a country of over 200 million people.

Keeping interpersonal communication running smoothly is very important. Social media has fostered communication without barriers in the past decade and has become crucial since the pandemic began. Telecommunication networks in Nigeria adopted unique approaches so as to sensitise customers. Such messages will potentially reach at least 100 million Nigerians going by the number of subscribers.

Many of the telecom companies gave out free SMS. At first, some grumbled, “what should I do with 300 SMS?” but, after a month the results are in, and it appears that Nigerians have been doing quite a lot with the free SMS. The decision to offer free SMS instead of data was because over 30% of subscribers do not use internet data and are among the most vulnerable Nigerians being severely impacted by the virus outbreak. It was reported that over 1 billion text messages were sent within the first four weeks of the free SMS offer.

Who is receiving these text messages? Friends, family members, colleagues, associates and loved ones most likely. What are the contents of these messages? Words of hope? Business deals? Catching up on lost time? Lending a helping hand? Whatever it is that Nigerians have been doing with these free SMS offers, one thing is clear, communication with loved ones and friends is essential during a pandemic.

Living within means in a trying economy