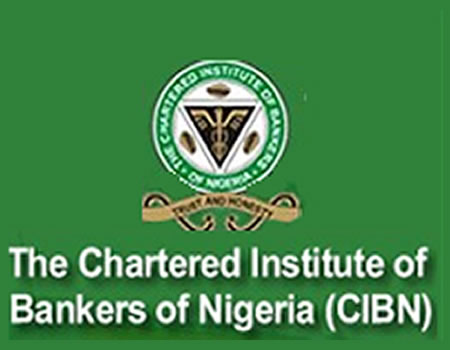 The Chartered Institute of Bankers of Nigeria (CIBN) has announced plans to bring together top bankers, economists and captains of industry at its annual conference to share ideas on how to address changing trends in the banking industry and the Nigerian economy at large.

The president and Chairman of council, CIBN), Dr Ken Opara, made the announcement at a media parley on Friday in Lagos.

He said that the conference scheduled for September 13 and 14, would be hybrid, taking place at the Transcorp Hilton Hotel, Abuja and through Zoom teleconferencing, with dignitaries from around the world in attendance.

The theme of this year’s conference will be: ‘Repositioning the Financial Services Industry for an Evolving Glocal Context’.

According to him, the banking industry has continued to evolve; technological innovation is the thing in the industry and the financial system is the only industry today where one can see the kind of innovation that is going on.

His words: “It is one of the few industries in the world to have as many online real-time payment services as possible.

“So, the idea is basically to have this conference that will provide a platform to share ideas on how to address changing trends in the industry and how things are coming up.

“Also, how do we build capacity, how do we energise our people, how do we ensure that the new generation of people continues to be relevant in the industry.”

Opara, however, enthused that the industry was rising to the challenges of skills shortage which of course is not peculiar to it, adding that the CIBN would introduce a human resource centre to help in skills acquisition and transfer in the industry.

The event is being organised through a Consultative Committee, chaired by the Managing Director /Executive Officer, Sterling Bank Plc, Mr Abubakar Suleiman.

Giving further details, Suleiman said proper arrangement has been made to ensure a hitch-free conference adding that there will be break-out sessions that will address specific topics.

Responding to questions, he described the wave of resignation in the banking sector as an opportunity, rather than a crisis.

According to him,  the country was not in shortage of healthy young Nigerians willing to work, and a transfer of skills to the young minds would mitigate the migration trend, which the media had widely reported.

He said, “I would reference the Chinese word for crisis, which also means opportunity. Nigeria is not lacking in healthy young people who are willing to work. Therefore, if we see ourselves losing talents, the best response would be to focus on converting those young people as a replacement for those that had left.”

It would be recalled that Suleiman, who is the Managing Director of Sterling Bank, had at a meeting of chief executive officers of banks on April 15, 2022, lamented a dearth of talents in the sector.

“So many of our very experienced talents, especially in the area of software engineering, are either leaving the industry or leaving the country,” he was reported to have said.

He disclosed to the media how the industry was putting together a plan that would sponsor individuals seeking skills in the area of technology, as well as in other areas where the sector had a skill shortage.

“The thinking is that it would turn a crisis into an opportunity,” he added.

President Muhammadu Buhari, Prof.Yemi Osinbajo, Governor Babajide Sanwo-Olu, and Mrs Zainab Ahmed, the Minister of Finance, among other dignitaries are expected at the conference.

The Central Bank of Nigeria Governor, Godwin Emefiele, would be the Chief Host of the Conference while Opara would be the host.

The programme is hosted annually to provide a platform for all stakeholders in the banking and finance industry to share experiences and exchange ideas on contemporary issues affecting the sector and the economy as a whole.

The outcomes from these are used to reposition the banking industry and have proved useful resources for policymakers in the overall economy.

How oil companies spent $2.2bn on CSR in 3yrs