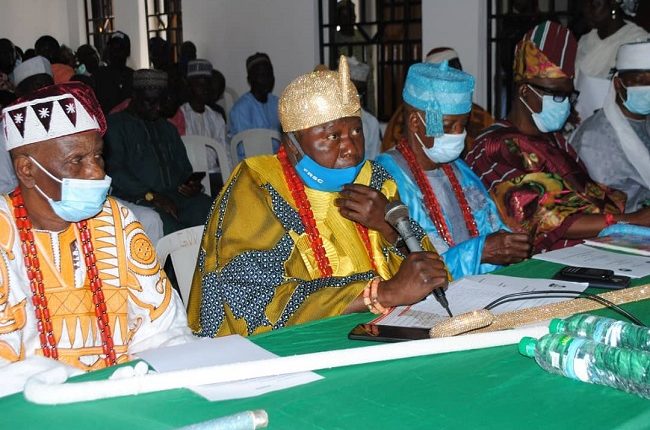 Enumeration of Area Demarcation (EAD) in Kwara State for the next year census exercise has been scheduled to take place in three local government areas of Irepodun, Oke-Ero and Ekiti of the state between December 9, 2020 and January 20, 2021.

Towards this end, Governor Abdulrahman Abdulrazaq of Kwara State and the Council of Ulamas in the state have urged traditional rulers in the country to assist the National Population Commission (NPC) for the success of the ongoing EAD exercise.

Speaking at a stakeholders meeting on the commencement of EAD in the state in Ilorin on Thursday, the governor, specifically, said that the success of the EAD would by extension impact positively on the census exercise billed to take place in the country next year.

The governor told the traditional rulers to be NPC’s ambassadors in their domains for the success of the EAD.

Represented by Deputy Chief of Staff, Government House, Princess Adebukola Babalola, Governor AbdulRazaq said the success of the exercise is dependent on the importance the monarchs attach to it.

“If the exercise is properly done, it might have a ripple effect on the state-federal allocations. Benefits accruing from accurate data are enormous. Adequate enumeration and capturing of our people could also lead to an increase in polling booths and distribution of empowerment and other things from the Federal Government.”

Secretary of the State Council of Ulamas, Justice Soliu Mohammed (rtd) said that “the support of traditional rulers through sensitization of their subjects will ensure the success of the exercise.”

Waxing spiritual, the former Grand Khadi of the Kwara state Sharia Court of Appeal, said that “Allah is a divine enumerator.

“No tangible and meaningful development can take place without a proper and accurate number existing in a given society. There cannot be any comprehensive development without the government knowing the number of the aged, young, new births and death in any local government, state and country without accurate census. We should endeavour to do it as it is a national assignment.”

He attributed massive unemployment in the country and sundry challenges to inaccurate and improper documentation of data.

Earlier, National Chairman of NPC, Alhaji Nasir Kwarra, solicited the support of all Nigerians for the success of the EAD exercise.

Represented by NPC Kwara State Federal Commissioner Alhaji AbdulRazaq Gidado, Alhaji Kwarra said the commission “is determined to deliver to the country a population and housing census that will stand the test of time.

“We shall continue to explore all means to avoid the pitfalls of the past. To this end, we solicit the support of all Nigerians as we embark on what is obviously going to be massive EAD activities across the nation.

“We also call on the state governors, security agencies, traditional rulers and community leaders to provide security, logistics support and conducive atmosphere for our functionaries to perform to their optimum.”