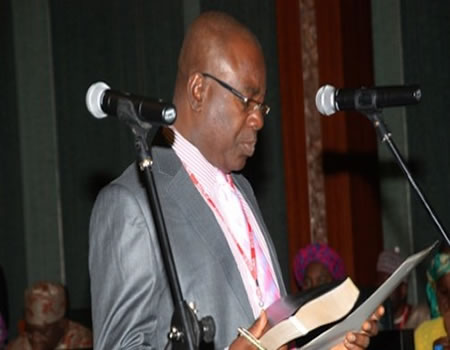 The Enumeration Area Demarcation (EAD) exercise being conducted by the National population Commission (NpopC) is expected to gulp about N20 billion nationwide.

This was disclosed by the Chairman of the Commission, Chief Eze Duruiheoma yesterday, during a field trip on the activities of EAD officers in Gwagwalada, Abuja.

He said on completion of the third phase of the exercise, the commission would have successfully completed 74LGAs.

Duruiheoma quickly noted that the successful conduct of the exercise in the 774LGAs in the country will be determined by the inflow of funds.

“We have not pretended that we have done all the 774 local governments, if we complete this particular exercise, that will bring the total number to 74 and you take away 74 from 774 we have 700 local governments ahead of us. We have assured that as soon as fund… this thing costs a lot of money, the budget is quite high and it’s not something you will just do and stop. For this exercise it is not going to cost anything less than N20 billion,”he said.

He further explained that the field trip revealed that each Local Government Area LGA in the country has its peculiarities hence the need to treat them differently during planning.

He said: “The major lesson learnt is trying to treat all local governments alike, there is different between one local government and another and that has to be reflected in the planning, particularly the issue of extension, I think that one is easier to grapple with in the sense that we allow them the extra time they need. FCT coordinator.”

Meanwhile, the EAD FCT coordinator, Mrs Nkech Odeh disclosed that the major challenges bordering on the exercise are movement and power supply.

Her words: Our challenges have to do with movement and power supply because we are using things that are electronic and electronics must be charged those are two basic challenges on the field.

“Those who are close to the field office, during their break they come to recharge because they have a small generator that can power them, then those who maybe halfway their power runs down, instead of not completing their work they fill up such information and once they recharge, they key it in.”

On inflation of census figures, she said:”This time around, there is no inflation of figures, you know why? Because we are using imageries, photographs don’t tell lies. It is a different thing before maybe you can come back and tell me in the high sea there are 30 communities but now you can tell me that because there are imageries, if you tell me 30 I will go to my map and count it.

NBC to close down media organisations over N5bn debt