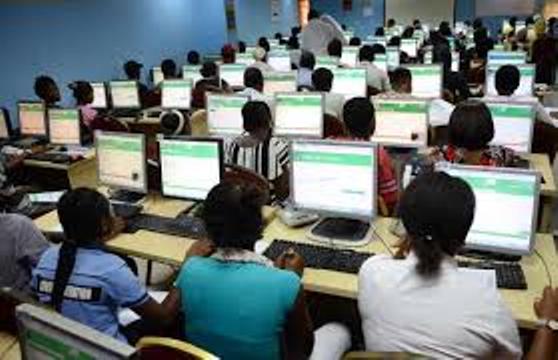 SOME 2018 Unified Tertiary Matriculation Examination (UTME) candidates in Lagos on Monday applauded the Joint Admissions and Matriculation Board (JAMB) for conducting a hitch-free mock examination.

The News Agency of Nigeria (NAN) reports that the mock examination is optional.

The mock examination is to familiarise candidates with the process and test-run centre equipment (computers, servers and other backups) ahead of the main examination, slated to hold from March 9 to March 17.

A NAN correspondent who monitored the mock examination at the West Africa Examinations Council (WAEC) International Office Agidingbi, Ikeja, reports that candidates started arriving the centre as early as 5.30 a.m.

The examination started with a thorough body search of candidates by men of the National Security and Civil Defence Corps (NSCDC), followed by the biometric verification by the JAMB officials.

One of the candidates, Opemipo Babajide, told NAN that the experience was worth the while, as it was his first time of participating in such examination.

“Initially, I was not sure of what I was going to see in the hall, but on getting there, I just ensured I followed instructions.

“I discovered that it was really nothing to be afraid of, as everything turned out to be seamless.

“JAMB has done a great job with the introduction of this mock,’’ Babajide said.

Victor Akuwudike, another candidate, said he relished the smooth way the system responded while the examination lasted.

According to Akuwudike, from the launch of his browser through the entire process, it is interesting.

“I really like my experience today with the entire examination process.

“Everything worked for the good of the examination and I want to salute JAMB for all the `behind the scene’ efforts in ensuring the smooth conduct of this mock examination.

“My prayer is for the board not to relent in ensuring a perfect conduct of the main examination come March,’’ Akuwudike said.

NAN, however, reports that some candidates reported late for the mock examination.

Some of the affected candidates missed their schedule, which automatically, disqualified them for the examination.

The candidates claimed they came from far areas, which led to their late arrival at the centre.

An official of JAMB at the centre was seen admonishing the candidates on the danger of getting to examination centres late.

The official, who pleaded anonymity, urged the affected candidates to be conscious of the time of any the examination as this might stop them from achieving their aims.

NAN reports that 245,753 candidates were expected to sit for the 2018 UTME mock examination nationwide.