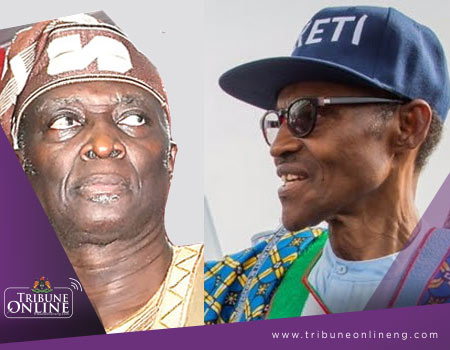 Speaking with the Nigerian Tribune in a telephone interview on Wednesday, the prominent Yoruba leader and medical practitioner said there was no correlation between the report of the president attending to a meeting in office on Tuesday, only to fail to turn up for the weekly Federal Executive Council (FEC) meeting, some 24 hours later.

“If only on Tuesday he was said to have made an appearance and attended to some meeting in office and within 24 hours only to avoid what is supposed to be his real business in government, that is attending the FEC meeting, then something is wrong and there is no correlation between the various statements made on his state of health.”

“It is frightening and very worrisome to put the destiny of about 200 people in the hand of an ailing President. He should go and attend to his health and allow the vice president, Professor Yemi Osinbajo, to take a full charge of the affairs of the country,” he said.