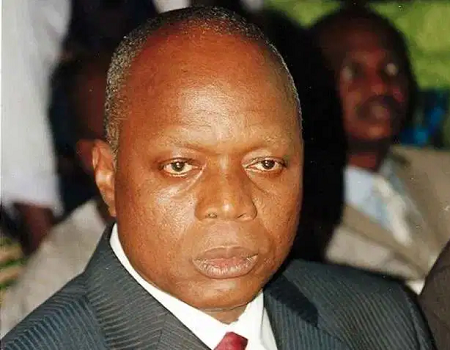 President Muhammadu Buhari may have sacked the newly confirmed board of the Niger Delta Development Commission (NDDC) as he has approved its reconstitution.

He has directed that the Interim Management Team should remain in place until the forensic audit of the commission is completed.

A statement issued by on Thursday morning by Special Adviser to the President (Media and Publicity),  Femi Adesina, said: “President Muhammadu Buhari has approved that the Board of the Niger Delta Development Commission (NDDC) be recomposed and inaugurated after the forensic audit of the organization.

“The President has also directed that the Interim Management Team of the NDDC shall be in place till the forensic is completed and that the supervision of the Commission shall remain under the Ministry of Niger Delta Affairs.”

The President had in August, approved a 16-man new board of the Commission, with Dr Pius Odubu from Edo State as the chairman.

The board members were Bernard Okumagba from Delta State, who was to serve as Managing Director; and Otobong Ndem from Akwa Ibom, who was appointed as the Executive Director, Projects.

The Minister of the Niger Delta Affairs, Senator Godswill Akpabio, had also announced the appointment of interim management headed by Prof. Nelson Brambaifa.

Recall that Governors of the states making up the NDDC had kicked against the recomposition of the board as announced by the federal government.

They met in Abuja to assess the new board appointment as approved and resolved to meet with the president to discuss their concerns over it.

Senate only confirmed the board on November 5, 2019, rejecting the nomination of Joy Nunieh (Rivers).