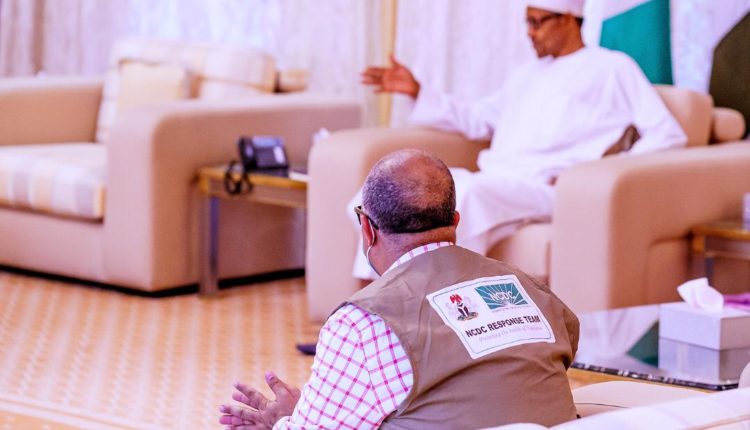 President Muhammadu Buhari on Sunday received a report from the Presidential Task Force (PTF) on the COVID-19 pandemic on the effort at the containment of its spread.

The task force led by its chairman and Secretary to Government of the Federation (SGF), Mr Boss Mustapha, met the president at his official residence at the presidential villa, Abuja to apprise him of the progress in its assignment.

It was expected the task force would make recommendations to the president which would guide the next phase of the guidelines to tackle the coronavirus infections in the country.

‘Why Doctrines Of Christian Denominations Differ’
Professor David Irefin, a professor at the Federal University, Lokoja, Kogi State, is also an archbishop of Brotherhood of Cross and Star. In this interview, he speaks about the difference between his church and other denominations. YEKINI JIMOH brings excerpts… COVID-19 COVID-19 COVID-19Read full story