Bringing out the philosopher in you 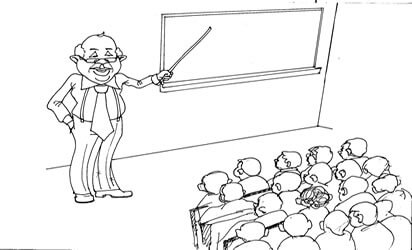 AMONG many other misconceptions about philosophy is the general assumption that philosophy is disconnected from reality. Most people continuously wonder about the relevance of philosophy to everyday questions and in particular to the moral, political,  social, affective and economic issues that trigger their interest on a daily basis. However, in as much as this article seeks to correct this assumption and to introduce the reader to seeing philosophy as a practical everyday activity that can be actively engaged in, it may seem appropriate to begin by defining the term. The word “philosophy” itself comes from two Greek words: philos (love) and Sophia (wisdom) which means “love of wisdom”. It was first used by the ancient Greek philosopher Pythagoras who described philosophers as pursuers of wisdom. Hence, a philosopher is a lover of wisdom. but the wisdom being referred to here is more appropriately used to refer to the ability or potentially to think or ratiocinate. Thus, the spirit and character of philosophy is suggested by the very meaning of the word itself that is, “pursuit of wisdom”. Basically, there are six major branches of philosophy namely Metaphysics which is the study of reality, Epistemology – the study of knowledge, value theory- the study of values, Ethics which is the study of morality, Aesthetics- the study of beauty and arts and Logic which is the study of the principles of right reasoning.

However,  much more than giving the root meaning of the word and spelling out its several fields, philosophy can be described fundamentally as a rational and critical enterprise.  This means that  philosophy seeks to eradicate from our perspectives every taint of ignorance,  superstition, prejudice, blind acceptance of ideas and any other form of irrationality. As a critical activity, it challenges our ideas, analyses them and tests them in light of evidences and arguments. We can, therefore, say that the two legs on which philosophy is standing are reason and criticism. Thus, philosophy involves thinking, not only this, but thinking hard about something that is, an attempt to think critically and rationally about the most important questions which underline our existence.

It therefore follows that when we begin to think and critically analyse the fundamental ideas that shape and influence our lives, we are being philosophical. We may, for instance, read about the story of a taxi driver who saw a huge amount of money dropped by a passenger in his car. And we may read further that this taxi driver reported the case to the police and in no time, the owner of the money was located and the money returned to him. However, the taxi driver was not appreciated. Generally, this kind of situation would generate controversy as some would argue that the taxi driver made a right decision by reporting the case to the police because of their opinion that honesty is a virtue. Some on the other hand would argue that the driver should have kept the money for himself as they are of the opinion that the money was a blessing in disguise.

In this kind of controversial situation, people do not merely state their opinions  about the ‘rightness’ or ‘wrongness’ of the taxi driver’s actions, they also give reasons to support the validity of their opinion. Thus, when we begin to give reasons and the reasons for the reasons for our actions or inactions, ideas and opinions to justify or validate them in one way or the other, then we are involved in philosophical reflection. When we engage in the mental activity of searching for reasons for our actions and then scrutinising them in order to purge them of inconsistencies,  exaggerations and errors that other people may point out in them, then we are engaged in the act of “philosophizing.” We can therefore proceed to say that since philosophy is the attempt to think rationally and critically about the fundamental questions that influence our lives and since every human person has the ability to think – as the very essence which defines the human person is rationality, – thus, every human person has the capacity to philosophise or engage in philosophical reflections.

It is however the case that although every human person has the capacity to philosophise, only few people see the need to engage in it. The reason for this, in Bertrand Russell’s words, is that “many men, under the influence of science or of practical affairs are inclined to doubt whether philosophy is anything better than innocent but useless trifling, hair splitting distinctions and controversies on matters concerning which knowledge is impossible”. It is in this view that philosophy and anything associated with it is being restricted to the academia when the ideal ought to be that it be universally pursued in every-day living – that is, both formally and informally.” Our point here is that philosophy goes beyond the academic pursuit as, like all other studies, it aims primarily at knowledge that is, the kind of knowledge which results from a critical examination of the grounds of our convictions, prejudices, and beliefs.

Philosophical reflection interrogates even the most minute ideas and beliefs that shapen our existence. We may, take for example, the case of Mr. Talabi who believes that human beings are basically free to choose their course of actions or inactions. Freedom in this sense refers to the ability to make daily choices in all aspects of our lives without any form of constraint, restraint or coercion. Thus, for him, it follows that since human beings are basically free to choose their course of actions, then human beings are solely responsible for their decisions, actions and inactions. Meanwhile, Mr. Talabi also holds that there are some supernatural forces that influence human’s actions and decisions and  these forces are beyond human control. He believes that there are some powers or agencies that predetermine and order the course of events in the universe and man is helpless in the face of these powers. Now, if we would take our time to examine and scrutinize these two seemingly diametrically opposed beliefs held by Mr. Talabi, we would then begin to ask questions such as: what exactly is freewill? Are we truly free to make our decisions? Are we truly free to choose our course of actions? If human actions are predetermined by some supernatural forces, can we then hold people responsible for their actions? What implications would these beliefs have on the individual, morality, religion and the human society at large?