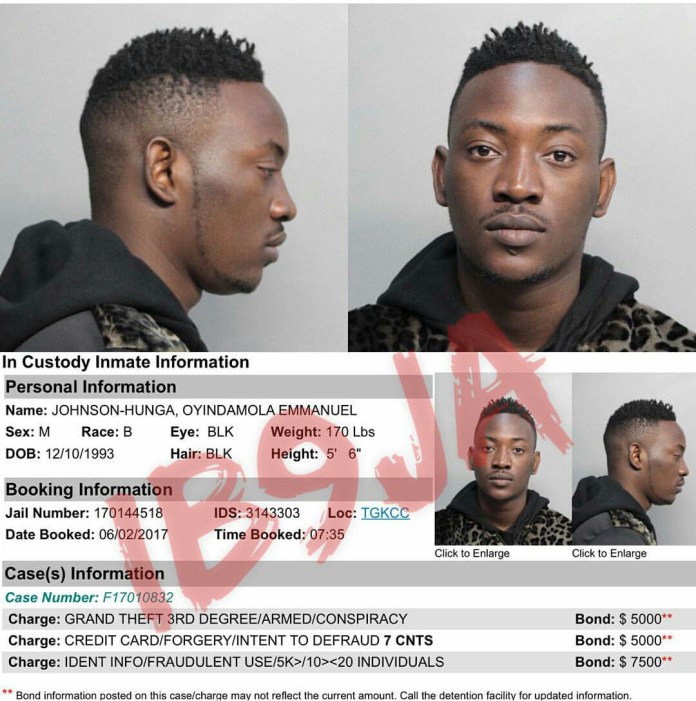 News reaching fans of pop singer, Dammy Krane, is that he was reportedly arrested in Miami USA today for three different criminal charges.

According to the derails on his mugshot, the singer was arrested for card fraud, identity fraud (named as Johnson Hunga) and theft (armed and conspiracy). His bail conditions has been set at N6.8 million, among other conditions. Dammy Krane travelled to the US about two weeks ago.
He was allegedly arrested alongside another Nigerian.

2 injured as communities dispute over shootings in Delta