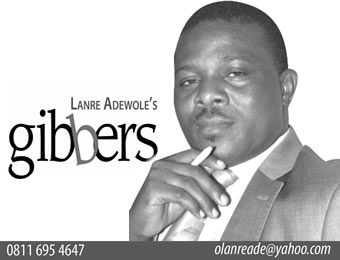 ON Tuesday, May 9, Chief Obafemi Jeremiah Oyeniyi Awolowo will mark 30 years in after-life. His exit is like nature slicing off a chunk of decent humanity. The public space he left is still a yawning vacuum and the governance standard he bequeathed the nation and black people everywhere, has been lowered beyond acceptable level. This troubling reality has been re-told for three decades. There isn’t any silver lining to suggest a revival, much more a return to his days of yore, let alone, a new record. Borrowing the popular cliche, Awo remains the main issue.

Nigerian Tribune editorial leadership decided to remember this Champion-forever with a close touch with the past, by seeking reminiscences from close political associates of the Avatar.

The lot to speak with the first executive governor of Lagos State, Chief Lateef Kayode Jakande (LKJ) fell on me, well I should say for obvious reasons. Somehow, I got round an interview appointment with LKJ, though I was mandated to come with a prepared question, despite being from Nigerian Tribune, the newspaper founded by his former leader where he also served as editor. On Friday, the “why” was also answered.

Squeezed in the middle of somewhere in Ilupeju, with his outdated (with all sense of responsibility, describing his abode as modest, would be an injustice to the usage of adjectives) one-storey house overlooking the police station, sharing space with a Mallam selling sweet!

With our ace photographer Sylvester Okoruwa, we walked into the house, practically unchallenged. His driver who saw us park in the front of the house, just casually entreated our mission. His gaze was however lifted when he heard we were from Nigerian Tribune. With doubt, the most eloquent testimony of LKJ’s association with Awo; the Nigerian Tribune, holds a special place in the household. I scanned everywhere with my eyes. His main car, with registration LKJ 1, won’t even be touched by out-of-cash yahoo boys. The outer part of the building is not only without paint, everything spells dumped architecture.

The inside was brushed up for the April birthday of the matriarch, Alhaja Sikirat Abimbola Jakande. Even at that, a councillor, with Nigeria’s neo-public service orientation, would go for something more sartorial. But pure joy of contentment was noticeable everywhere. Peace also radiated in all corners.

LKJ’s life after office is a strong testament to the biblical saying of lean meat with contentment being a great gain. His son’s posters, campaigning for the chairmanship of Odi-Olowo Local Government Area, are the only mementoes, reminding passers-by, that the house belongs to a political colossus. Will our new set of leaders learn anything from his post-office lifestyle? Okoruwa felt the ones calling the shots now have gone too far, to look anything like LKJ after public service. He berated the church for turning all the new leaders to lovers of life, money and thieves.

I agree with Okoruwa that our new lords of manor are so deaf to decency, civility, contentment, accountability and godliness, that preachment about those values is mere sowing on the rock. But can they simply spare time to pay Jakande a visit? Maybe if they see, they will believe the emptiness of what they are running after now.

Having heard certain unconfirmed but not demulcent stories about Awo and LKJ’s relationship, I forwarded prying questions which were typed out and handed over to Baba. He also appeared to be prepared for this nosy reporter who wanted to hear salacious details of a relationship he didn’t know how it was forged, watered and sustained till Awo departed.

I was slightly shocked to see how old LKJ has become. Then, I checked and discovered he would be 88 years on July 23. He isn’t too audible again, which explained the calls not replied and the need for prepared questions. With the brief chat we had, LKJ won’t be audible on tape. But I was pleasantly surprised to see him read the questions without glasses, though the eyelids were dropped as if in sleep mode. Again, LKJ shocked me by scribbling without help, the brief responses he had to my probing questions. He wasn’t too legible but readable! It was slow, not too steady but completely sure-footed!

Without doubt, Awo will be forever dear to LKJ’s heart, regardless of whatever stories. A certain agility came into his body which he now sadly drags when we had the Awo interview. Beyond being a political, public service and leadership exemplar to LKJ’s kind, there must have been some yet-to-be explained comradeship stuff between Awo and his close associates like Jakande, that leaves them permanently glued to the memory of the Sage.

LKJ denied the reading public and I, the opportunity to probe into this nostalgic past, including all its intrigues. To the questions on Awo’s weakest and strongest moments, the Sage’s fortress, why he (Jakande) didn’t transform from heir apparent (Baba Kekere) to the Leader as well as the secrets Awo shared with him, LKJ was sensitive enough to say “no comment”, to my utter disappointment.

His response to the acceptable questions was also generally brief and I bet it had nothing with age. His response to my question on his “complex” relationship with Awo, was tactically side-stepped with a well-mannered homage to Awo.

As I shared photo moments with him, and he offered his hand and a smile for the first time, I felt I must return soon for a story he is not willing to tell but must be told about Awo.