BEDC has put us in total darkness for over 10 years, Ekiti community raises concern 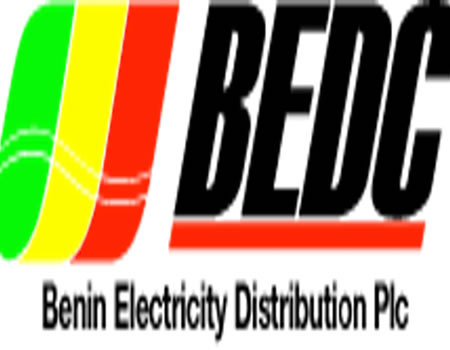 The people of Gbonyin and Ekiti East Local Government Area of Ekiti State have expressed disappointment in Benin Electricity Distribution Company (BEDC) for putting the area in total darkness since 2010.

The residents noted that the cutting off from the national grid in the last ten years had made life unbearable for the people and crippled the economic activities in the entire Local Government Areas.

An elder statesman from Ijan-Ekiti in one of the affected council areas and a prominent member of the State Council of Elders, Chief Bayo Ige, expressed the displeasure of the people in his autobiography titled, ‘Before Sunset’ launched recently in Abuja, the nation’s capital.

He said: “I want to believe that we are unfortunate in Ekiti to have fallen into the hands of a company(BEDC) manager who now subjects us to an untoward hardship and suffering. Some communities in this state have been in darkness for over 10 years while some have already lost the hope of getting out of the darkness again, based on the wrong and unbearable decision of the company manager.

“The company(BEDC) is hitherto behaving without checks and balances. It is behaving like an enemy to customers. It is at this stage pertinent to say ‘that this company needs a learned and experienced lawyer on its staff to guide it on the issue of giving prepaid meters or reading meters issued long -ago, rather than seeing them as mere decorative items.”

He called on Governor Kayode Fayemi and other political leaders in the state to beam a searchlight into the beginning of the ugly deal that plunged Ekiti into this terrible situation with a view of proffering solutions to the ugly situation.

“The lawlessness of BEDC, I believe should be queried by the relevant government authorities and urgent action should be taken to restore normalcy, especially in Ekiti State where the law has been gravely violated by BEDC. I still believe that no one is above the law and we must all cooperate to allow the law to direct our steps. No company should be more powerful than the law of the land,” he said.

However, responding in a chat with Tribune Online, the Public Relations Officer of BEDC, Ekiti Operations, Mr Kayode Brown, denied that the company put the communities in darkness for the last ten years.

He said: “To say that we put them in darkness is not correct. BEDC didn’t put them in a total blackout because we didn’t inherit them as customers. They have been in darkness for years but BEDC is less than seven years.

“We are trying to inherit them as a fresh customer but to say we put them in darkness is not correct.”

The 624 new cases reported between March 28 and April 3 is a reduction from the 849 recorded the previous week…BEDC has put us in total darkness for over 10 years, Ekiti community raises concern

BEDC has put us in total darkness for over 10 years, Ekiti community raises concern