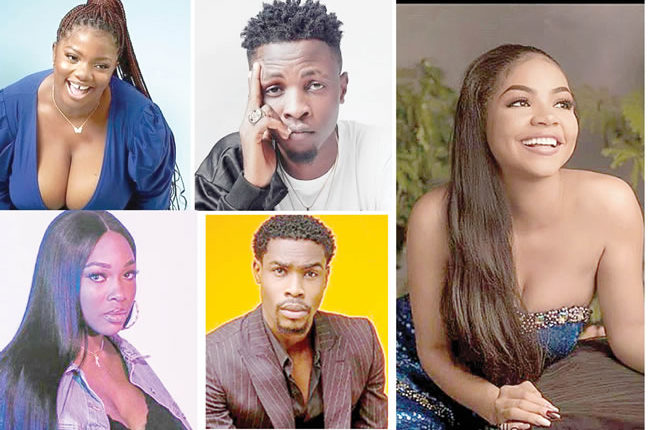 After 71 days of drama, intrigues and emotional twists, the Big Brother Naija reality show will finally come to an end with the lucky winner who will go home with N85 million naira worth of prizes.

20 contestants had passed through the needle’s eye to get to the Big Brother House to be part of the fifth edition of the show. However, the grand finale today will be contested by five housemates following series of evictions and disqualification.  With less than 12 hours to the end of the show, a winner will emerge from the remaining contestants.

On July 19 when a score of contestants entered the house to commence this year’s edition of the reality show, every one of them appeared to have equal chances of going all the way to win the prize which will come in cash and kind. From their introduction, fans began to make their picks of those they found appealing but it would only prove to be short-lived as the contestants started showing their true colour.

Housemates began to show what they were up to as their fan base continued to swell on social media platforms. And, as they settled in fully for the game, one thing that was common with them all was that they coveted the big prize and would do anything to walk home with the prize.

And this might have set the tone for what would shape the show as contestants left their fate in the hands of the viewers, who in return kept their favourites in the game till the last day with their votes.

Soon, the eviction guillotine was ignited and heads started flying. Emotions began to rise and nerves frayed as contestants tried to get above one another in an apparent attempt to make themselves the ‘star’ of the show.

The likes of Ka3na, Eric, Lilo, Tochi and Brighto were shown the exit door. Subsequently, social media descended into a frenzy over who is the most popular housemate among fans.

Outside the house, celebrities started taking sides. From Dorathy, Kiddwaya, to Nengi and Laycon, everybody had their favourites. There was the ugly twist of Erica’s disqualification and the huge following that the show commands was underlined in the financial support Erica was provided – to the tune of over 20,000 dollars.

Despite the tussle for the overall prize, the show is one that has been laced with fringe benefits as winners of tasks got cash prizes that ranged from hundreds of thousands to millions, tickets to fanciful destinations and gadgets, among other things. Some housemates, notwithstanding the reward prize, have already amassed millions in their accounts from brand-sponsored competitions.

The last five to have a go at the N85 million prize are Vee, Dorathy, Neo, Nengi and Laycon. Going by the highest mentions on social media and affiliation of celebrities, it would appear that Laycon has the brightest chance. However, there are those who predict a twist to the emergence of the overall winner as any of Nengi, Dorathy, Vee or Neo could emerge.

Going by history of the show, controversies have always arisen with the declaration of the winner, with last year’s edition an epic social media battle between the camps of Tacha and Mercy.

With the die already cast as voting ended on Thursday, the anxiety is at an all-time high as fans look forward to their favourite housemate emerging the winner today.

Why looking good could cost a fortune – Ojoma Sule