‘To attract funding, founders’ ideas must address a need, scaleable’ 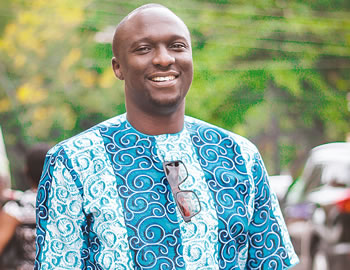 RUTH OLUROUNBI engaes with Ayo Orunmuyi, a Venture Capitalist, media entrepreneur and a Group Manager with Procter & Gamble Nigeria, who was recently in the news for his movie, Couple of Days, on which he was the executive producer,  on how entrepreneurs can attract investor, his business principles and good business practices for entrepreneurs looking to go far in business.

You’re a media entrepreneur, a consultant, as well as a venture capitalist. I’d like to know, what projects excite you?

Any project that is a solution to a problem tickles my fancy instantly. For example, I am currently involved in a “Tomato” project in response to the Tomato Ebola – tuta absoluta. I also gravitate toward projects that influence and improve the society. All projects must of course have a reasonable ROI. I recognize that sometimes, the return on investment could be valuable knowledge and/or associations. It may not necessarily be financial. One of such projects that I am actively involved in is JumpStart Academy, an NGO that provides free education to under-privileged teenagers. I am also working on a project that will be launched soon. Kith & Origin seeks to engage persons aged 14-25 on their historical pedigree, values and rights in a creative and engaging way.

From your perspective, what sector of the business do you think is being (unwittingly) ignored by entrepreneurs in Nigeria?

I would say film making and distribution. One would readily understand myposition when one considers in comparison, the success of the “musical” and “comedian” segments of the entertainment industry. In spite of having an established and large consumer base, investors/entrepreneurs have ignored film making and distribution because of the relatively high entry costs and complex route to market, which all increase the risk of making losses on investments. Comedian and Musical acts have also managed to relegate their foreign competition to the background by significantly improving on quality and demonstrating a good understanding of what their audience wants. Film makers are gradually getting to do that too; but distribution is where a lot of untapped potential really exists.

Since you’re investing in the movie industry, who do you see as emerging competitors in the industry?

I have a strategic partnership with Lord Tanner & Company in that Tolu is the only film maker that I will be investing in as far as movie making is concerned. On that front, I have no competition. On the other hand, the movie making industry is growing in leaps and bounds; everyone playing in that space is our competition particularly the innovative ones. I have seen a lot of young independent film makers that are maximizing their resources. You would be amazed at what some persons have been able to create with just one camera and a lot of animation expertise. I admire Kunle Afolayan for his achievements and discipline and consider him to be the industry’s flag bearer.

What are the four things start-up founders need to do to attract you as a Venture Capitalist?

As a business person, would you rather be respected or feared?

Respect always draws loyalty, admiration and trust. Those traits are the best in any working relationship. I would rather be respected than feared.

How does the company plan to raise capital in order to fund future growth?

It is all about making an irresistible value proposition for investors. Once the project is viable, future funds can be easily sourced from investors, or from the bank. Having said that, in more developed climes, funding is readily available to film makers in form of grants.

We will like to help develop the Nigerian industry by creating investor confidence in process.

Business is something you are passionate about – from Venture Capitalism to investments in real estate/construction and recent in media (specifically movie) industry. I’d like to know, why is business something that interests you?

Anyone that provides good and/or services to others in exchange for money or something else is doing business. From that perspective, one may argue that business is life and life is business. I am merely living my life. I think everyone invests time/money into something as a way of life. I just happen to invest in things that can grow and make a positive impact on the society. I recently heard a wise man say – “make all you can, save all you can, and give all you can”. I am interested to make all I can, save all I can, and give all I can. That is my lifelong business objective.

What values do your investments give to you, your consumers and the society you operate in?

I am not a business man like it sounds. I am just someone who over time has become very knowledgeable about the needs of others, knows how to meet them, and has the will to do something about it. The more I do, the better I become. That is value creation for myself. The consumers who part with their cash for the goods & services that I help deliver are also getting value for their money. I strongly believe that movie makers should use their movies to promote right values.

To digress, aside your business operations, you are also a Group Manager at P&G. Tell me the about journey that has brought you here today.

I studied Electrical Engineering from the University of Ilorin and joined P&G just after completing my NYSC. Over the years, as I grew in knowledge and experience, I began to think of how I could positively impact the society around me and decided to start offering pro-bono advice to start-ups. In due course, I began to financially invest in start-ups that I was advising. I don’t run businesses per se. My role is mostly advisory. I help out in developing strategy, and in planning and execution. For example, Tolu Awobiyi, the co-producer and director “Couple of Days” is the one who runs the day to day affairs of Lord Tanner and Company as CEO. Before we agreed to join forces, I was basically offering pro-bono advice to Tolu. My knowledge on business development and being part of the team enables Tolu to focus solely on the creative aspect of film making.

What was the motivating force behind the decisions that brought you to this point?

I like to help other people especially when the goal is to achieve something significant. I also enjoy solving complex problems and have spent my entire career doing that with remarkable success. I saw an opportunity to develop a repeatable and sustainable process for achieving success in Nollywood and decided to embrace the challenge. Sincerely, I see many opportunities for solutions where the average person sees barriers.

If you were to look back, how proud of your achievements are you?

The recipients of my advice appreciate it, seek it and are better off for it. That makes me feel a sense of achievement. The outcomes of my engagement also speak for themselves. Take for instance, the movie “Couple of Days”. It was nominated for “best cinematography” at the AMVCA 2016. It also got several GMAA 2016 nominations including again “best cinematography”. I am proud of what Tolu and I were able to achieve together in our first production. I am also proud that the message of the movie was clear and based on several testimonials, very impactful.

What are you working on right now, in terms of the media industry?

We took our time to explore the whole spectrum of the movie industry including distribution. This was our work for a while and we are pleased to say that “Couple Of Days” is being shown in-flight on Emirates, KLM, Air France, South African airlines, and Air Namibia. We are currently working on completing three to four more productions before the year runs out. The sequel to our first movie which we have titled “Couple of Days later” is also in the pipeline. We should have something for our audiences soon.

What more should we expect from you in relation to the media industry?

The media industry has a lot of potential in terms of patronage, distribution and commercialisation. You can expect that we will continue to build on our areas of strength while also reaching out to outsiders who are interested in playing in the industry but do not know how to go about it. We see several synergistic opportunities and we want to expose and exploit these with other stakeholders who have a common goal as ours.

What are you mostly passionate about?

And how has your passion influenced your life as a manager?

It makes me push the people that I work with to become the best version of themselves. It helps me to empathise with them when they face obstacles and barriers. It also helps me to objectively separate the “boys” from the “men”. I am only as good as my team so I make sure I am surrounded by the best.

What are your views about failure – do you see it as a necessary evil…?

Failure is basically when one sets goals and doesn’t achieve them. A lot of failures can be prevented by proper pre-planning, I dare say up to 80 per cent. In the light of that, I would say that failure is not a necessary evil. Nonetheless, sometimes, even the best laid plans fail. In such situations, one should learn the lesson, put things in place so that the failure doesn’t repeat itself, and move on.

Have you had a personal encounter with failure before? What was it and what did you learn from it?

Many times. As a venture capitalist, I have invested funds in others that got mismanaged and in some cases, eventually lost. My lesson from that encounter was simple. If something sounds too good to be true, it is probably is too good so it is not true. Avoid it.