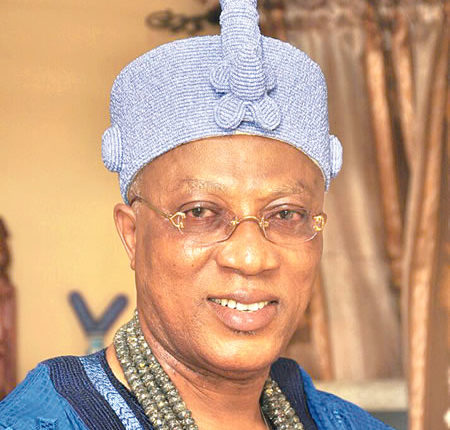 Every September 6 affords the Oba of Igbobi-Sabe, Oba Owolabi Adeniyi (Maforunyomi I), another opportunity to reflect on his journey so far from childhood to adulthood and finally to the throne of the Lagos State town, which is hosting many state and national institutions. In this interview by TUNDE BUSARI, Oba Adeniyi explains how the palace has transformed him from a restless person to a more relaxed yet busy traditional ruler.

How busy are you as the Oba of Igbobi-Sabe?

Perhaps, you may need to come and spend a whole day here in the palace to find answer to your question. If you come, nobody would give you further answer. What I am saying is that the position of Oba is not for the lazy ones because it involves a lot of things. An Oba must be physically and mentally alert. He must be fit to endure pressure of meetings, receiving visitors, attending functions and attending to private matters. Unfortunately, the public don’t understand this. They see the palace more of a relaxation home where the Kabiyesi wakes in the morning, plays with chiefs and palace aides, eat his meal and return to bed in the night. It does not work that way. The position is demanding, too demanding such that the lazy ones cannot cope. I am happy that our kingmakers take this into consideration during selection process. In a nutshell, I am a busy person in the palace.

With this picture you just painted, does it mean there is no space for relaxation?

I did not say that, and I am not going to say that because saying that is like exaggerating the issue. The point I am making is just to clarify the claim that the palace is a resting place. I do have time to relax my nerves, despite the tight schedule. In fact, I can tell you that I create my leisure hours because if I don’t create it, one may break down one day. I love my leisure time and I don’t compromise it for anything. When I am off, I am off. With my exposure to outside world I should know and appreciate the significance of leisure and rest.

Specifically, how do you relax?

It may interest you to know that I just returned to the country. I was abroad for some time. You may see this as part of my leisure time because there is no palace out there where I would need to attend to issues, even though phone has shrunk the world. But I was able to regulate my schedule out there.

Are you a sports person?

Sports is now a universal thing which almost everybody has hooked up to. It is like everybody has a team he or she is supporting in European leagues. Even if you claim not to be a sports person, you would unconsciously find yourself in the midst of fans who show passion for their respective teams. I think following sports has become part and parcel of our daily life now, because of its entertainment value.

I met you at a function in Victoria Island. Can we say such outing is part of how you relax?

You have just clocked yet another year. What does that mean to you?

It is natural that we add more years. Anyone who still breathes in and out is alive, and must add more years. That is natural law of progression. We shall all submit to this law until we breathe our last. Personally, attaining another year and marking or celebrating it is a kind of expressing gratitude to one’s creator for seeing one through the vicissitudes of life. Our life is full of variables, some of which we lack control over. You plan to do something but along the line find out that things don’t work according to what you have in mind. But despite that, life goes on. I am one who believes in doing my best, the best I can do and ask God to add his blessing to it. I have lived my life here and abroad, especially in the US, from where I came to become the Oba, to understand that everything belongs to our creator. No man can achieve anything he desires without the approval and blessing of God. And when we achieve those things, it is our responsibility to give credit to God.

You sounded spiritual now. How spiritual are you?

Who is not spiritual? You, journalists, have a way of colouring words. That is my opinion anyway, and it is a compliment to underscore your proficiency in your work. Having said that, I want to say that we are all spiritual, in the true sense of it because nothing happens in physical world without having earlier occurred in spiritual realm. And being a traditional ruler, a representative of God on earth, makes one to be higher in that realm. Before I became Oba, I was a Shepherd in the Celestial Church of Christ (CCC) after I had earlier served as senior evangelist. I later moved and joined the Christ Apostolic Church (CAC) Agbala Itura under Baba S.K. Abiara. In Houston Texas, where I lived before returning home 11 years ago, I was an associate pastor in the church. I think you can see where I was coming from as regards my relationship with God. After I had made modest contributions in the field of computer engineering, I realised the need to serve God, and I am glad I took that decision because I receive His blessing on daily basis. These blessings are even beyond human comprehension. I will forever serve Him because there is nobody like Him.

What are you missing when you compare  your life now with that of before?

I don’t like this type of question. We are talking of change here. Definitely, some things must give way to others. I mean, old ways must give way for new ways. But I must say that returning home from the US to serve my people is a call which God had ordained and which no other person could have made possible. I am saying that without him, nobody would rise to the throne. Race to the throne is beyond muscle and sweat. It is God’s prerogative to install whomever He wants. I thank Him for where He has taken me. I also thank my people and my friends who also always stand by me all the time. Whenever I organise anything, like my birthday, they are here sharing the happy moments with me. Same goes to my fellow traditional rulers who also show love. So, I can say that I am not missing anything because the time has changed from when I was a computer engineer in the US. I am now a royal father who must be seen as such either in the palace or outside.

This must have informed your dressings?

Before I became Oba, I had my choice of dressing which must fit each occasion. But as a traditional ruler who is custodian of culture and tradition, I have to up my outlook to align with my culture as a Yoruba man. You would agree with me that Yoruba is blessed with a culture which can hardly be rivalled, in terms of value. It is my responsibility as Oba to project Yoruba culture well at home and abroad. This is not saying that I don’t appear in casual in my private space but in the public, I must dress to portray the stool of our progenitors.

Xenophobia in South-Africa seems to be pitting Nigerian government against South African government. What is your take on this matter?

The development is an unfortunate thing to have happened between the two countries. But once it has happened, there is no need to waste time over it other than advising the two governments to handle it with caution and sincerity. Killing fellow beings is a crime against humanity. That notwithstanding, Nigerians should not take law into their hands here and vandalise property belonging to South-Africans. We have to understand that our people work in those places and earn their living there. Let the two governments handle the matter at their level and see how they are going to resolve it. That is the most civilized way to respond to it. As a traditional ruler, I implore my people to heed this advice and save jobs of our people.

22 qualities of a good husband