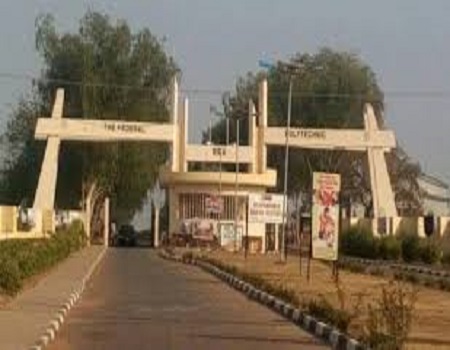 The Academic Staff Union of Polytechnics (ASUP), has condemned the suspension of 10 members of the union by the management of Federal Polytechnic, Bida.

Mr Usman Dutse, ASUP National President in an interview with News Agency of Nigeria (NAN) on Saturday in Lagos, said that union officials should not be victimised unnecessarily.

Dutse said the union officials were queried without any investigation and suspended.

“We are not going to tolerate that kind of victimisation because it has become the culture of our institutions to sack union officials anytime they kick against any doubtful activities of the management,” he said.

NAN reports that the management of the Federal Polytechnic Bida, Niger State, had on November 20 suspended the Chairman of the Bida Chapter of ASUP, Umar Sarganuwan and some officials.

The Deputy Registrar, Information and Protocol of the institution, Malam Hussaini Mohammed, in a statement said they were suspended for publishing false and misleading information about the polytechnic in the media.

According to him, the development in Federal Polytechnic Bida is an unfortunate development because there is a conflict between the union and the management with regard to what they termed as illegal recruitment.

“The situation which made members of the union to be apprehensive because already the college is experiencing a shortfall in their salaries.

“Every month, the union members collect their salaries less by 10 per cent because the management said that what they are collecting as wage bill from the Federal Government was short by 10 per cent.

“The institution now went ahead to recruit 141 workers.

“The irony here is that when the management is complaining that they don’t have enough to pay salaries, now you are recruiting an additional 141 staff. How are you going to pay them?

“That was when the union became apprehensive and they challenged the recruitment,” he said.

Dutse said the union also discovered that the letter of recruitment was also backdated, adding that was why the union said that there was something fishy about it.

He said the union complained to the management and there was no response so the union went to the media.

“The management then queried them for the reaction in the media and also suspended all the union executive, about 10 of them.

“It is an unfortunate development and an attempt by government to continue to suffocate union activities in their institutions.

“The management action is completely condemned by the national body.

“We are calling on the Federal Government to intervene and investigate. Our members should not be victimised unnecessarily,” he said.

Our community will be made great again ― Ilaje group