As an actor, you must never be too comfortable —Danmola 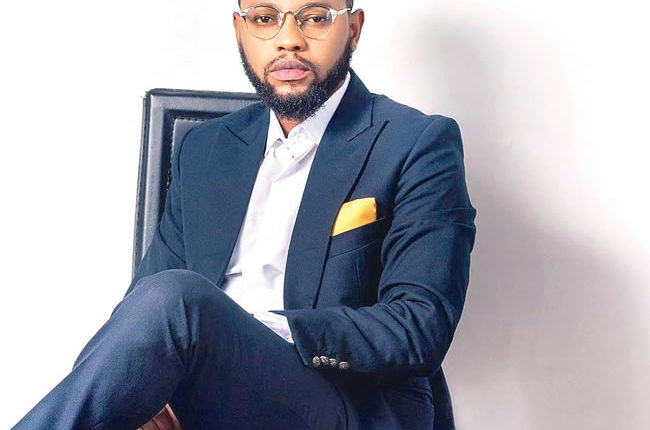 Nollywood actor and content creator, Khazim Danmola, is an emerging star in Nollywood as he is carving a niche for himself not just as an actor but also as a story teller. The young actor who has featured in notable Yoruba and English movies including but not limited to Tinsel, Subuola, Damage, Jade’s Cross, among others, has upped his game as a filmmaker and seems ready to make a mark. He speaks with SEGUN ADEBAYO about career, dreams and more.

From Tinsel, to Damage and Mr Landlord among many others, your acting track record is quite an enviable one, especially in an industry where many struggle for high-profile appearances. How have you been able to tie down roles in blockbuster series and films?

To be honest, I would not have achieved or record any success without God in my life. We are always quick to always say we have done this or done that to get to a certain level but we tend to forget the grace of God that has helped us to keep pushing on. So, for me, it’s the grace of God, hard work, consistency and also the good people I have around me who have been able to make me do better over time.

Given your extensive list of appearances, which has been the most challenging role you have taken on in a movie?

I have had quite a few of challenging roles and I am still getting more of such roles but I will say Damaged and Gym House really brought out the part of me that I never knew I had.

Nollywood has been heavily criticised by certain section of fans for shoddy plots and over-stretched dialogue, among other things. How do you react to these?

For me, criticism is inevitable for anyone who wants to keep getting better at what they do. I welcome criticism and I don’t shy away from doing what is right when it is necessary. In fact, it creates room for improvement. The industry is improving and evolving as well. We are not where we used to be and we can only get better. Things can’t go back to what they used to be.

You reportedly quit your job in Dubai because of acting. Is that lucrative or it’s down to sheer passion?

It’s basically all about the passion; money has never been my motivation. Not to rule out the fact that money is good and making it is very important, I am always be guided and ensure that I have deep passion for what I do.

You have a management team which oversee your affairs. Does this give you an edge over actors who are independent/self-managed?

I think this truly depends on what works for different people; professionally having a management team is the best. It helps you focus on what is at stake while your management focuses on the technicalities associated with the job. I’m currently with The Coliseum Network (thecoliseumnetwork.com) an esteemed entertainment company with strong focus on talent management, photographic equipments and accessories retailing and movie production.

Let’s talk about your highly anticipated movie, ‘Lothario’. Hopes have been raised about the movie. Can you provide some insights into what to expect?

The movie is one of a kind. It’s a story with a unique concept. The Intrigue,  crime , power tussle, love, betrayal and drama. I don’t want to be a spoiler, so I suggest we all keep our fingers crossed.

Would ‘Lothario’ be the first time you’re venturing into movie production?

Lothario is going to be the first movie I produce. It’s like my new baby. We can’t  wait to show the world the magic we are cooking. I am so excited.

How have you been able to produce films given the recent national lockdown and restrictions?

It has not been easy for most people in the movie-making business. Fear of losing your loved ones, confusion and the economic crisis has made things quite difficult. We all just have to keep holding up and praying better days to come. The only solution is to strictly adhere to all safety measures.

Going forward, as a film maker and actor, what lessons have you learnt for the future of your trade during this pandemic period?

I have learnt to never be too comfortable. Perseverance and determination are my watch words. It is true that when the going gets though, the though gets going.