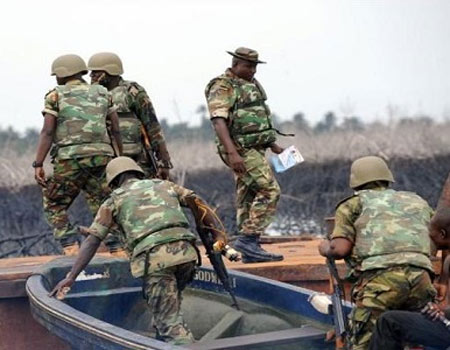 THE Nigerian Army has appointed Major General Abba Dikko as the new theatre commander of operation Lafia Dole fighting the insurgent Boko Haram in the North East of Nigeria since 2009.

Nothing was said about the redeployment of Major General Rogers Nicholas in the release signed by army spokesman Texas Chukwu.

The announcement of the redeployment of senior officers in Command, Staff and other sensitive appointments was made available to newsmen on Friday.

The posting of affected Principal Staff Officers both at the Defence and Army Headquarters as well as General Officers Commanding GOC’s saw force commander Multi-National Joint Task Force in the lake Chad Major General Lucky Irabor emerging as the new chief of Defense training and operation in the defence headquarters.

“Maj Gen Lamidi Adeosun takes over as Chief of Training and Operations at the Army Headquarters while Maj Gen HO Otiki, as Commander Infantry Corps and Maj Gen CU Agulanna as Chief of Accounts and Budget Nigerian Army. Maj Gen JE Jakko is posted to Defence Headquarters as Chief of Defence Finance and Budget, Maj Gen AB Abubakar, Maj Gen A Mohammed and Maj Gen LKJ Ogunewe, among others will be proceeding to the Nigerian Army Resource Centre on Course.”

All postings and appointments according to brigadier general Texas Chukwu take effect from 1 August 2018.