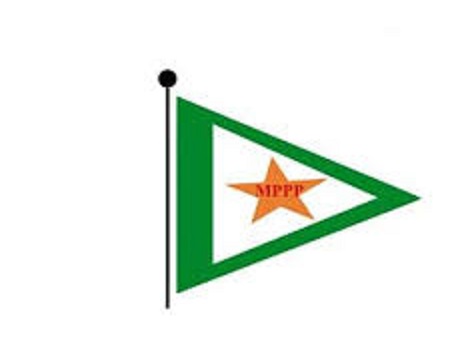 THE National Assembly Election Petition Tribunal sitting in Awka, the Anambra State capital, on Thursday 26 July 2018 dismissed the petition brought before it by the Senatorial candidate of the Mega Progressive People Party (MPPP), in the January 13 rerun election, Hon. Prince Chris Nkem Ekweozoh.

Ekweozoh, had on February 2, 2017, filed a petition with number EPT/AN/SEN/01/18, against the former All Progressive Grand Allied  APGA, National Chairman who is currently representing Anambra central senatorial district, at the upper chambers Abuja, Senator Victor Umeh, challenging the victory of the APGA strong man and the Independent National Electoral Commission INEC, as the second and third respondents in the matter.

The petitioner claimed that Umeh who was returned as the winner of the election was not validly elected with majority votes cast.

He also claimed that Umeh overshot the spending limit stipulated by the Electoral Act.

The three-man tribunal presided over by Justice H. O. Olusiyi, Justice A.O. Ayoola, and Justice A. U. Birnin Kudu dismissed the five reliefs sought by the petitioner. The tribunal said the petition was lacking merit and the inability of the applicant to prove his case.

Delivering a unanimous judgment, that lasted more than five hours, Justice Olusiyi described the petitioner as a “meddlesome interloper” and noted that Ekweozoh lacked the locus standi to contest the outcome of the election.

The panel further ruled that the tribunal lacked jurisdiction to look into one of the complaints which related to Umeh’s nomination, sponsorship and candidature.

Olusiyi also described Ekweozoh as a “rabble rouser” for making heavy weather of the issues of Umeh’s sponsorship and nomination when he was not a member of APGA or an aggrieved aspirant.

“You cannot meddle into the domestic affairs of a party to which you are a complete stranger.

“All the particulars of fact in support of the petitioner’s grounds that Umeh at the time of the election was not qualified to contest the election were not proved by any credible evidence known to our laws and therefore the petition had failed woefully,” he concluded.

Reacting to the judgment, Mr Ikeobi Ejiofor, a political associate of Umeh, who led other supporters to the tribunal, said the victory was not only for Anambra people but for the entire South-East. Ejiofor, who is also the chairman of Anaocha Local Government of Anambra, said with the victory Umeh would now settle down to continue to provide a voice to Anambra people and Igbo people in the Senate.

He recalled that people of Anambra central senatorial district unanimously voted Victor Umeh in, which the Tribunal overruled.

He said the people of the senatorial district also re-validated their support for Senator Umeh which he said the tribunal had judiciously ruled on, saying that, ‘The court is the last hope of the common people.’

In conclusion, he said that the position taken by the tribunal was sound and noble because it was a validation of free mandate given to the senator.

Ekweozoh, in his reaction, said he would appeal against the judgment on the grounds that the same lacuna that robbed off Mrs Uche Ekwunife of Peoples Democratic Party victory in her senatorial position also played out in his matter.

“I am sad that the tribunal tagged me a meddlesome interloper for challenging Umeh’s nomination by APGA when it was the same situation that robbed Mrs Ekwunife her victory after 2015 general election,’’ he said.

Ekweozoh, who was represented by his 90-year old father and legal practitioner called to bar in 1958, said his father would equally petition several flaws noticed during the trial and judge.

It would be recalled that the election in contention was originally conducted in 2015 and won by Mrs Uche Ekwunife but was nullified following the petition of Chief Umeh.

The rerun, which was on the basis of the original nomination, barred the Peoples Democratic Party (PDP) from contesting and was won by Umeh with a wide margin.