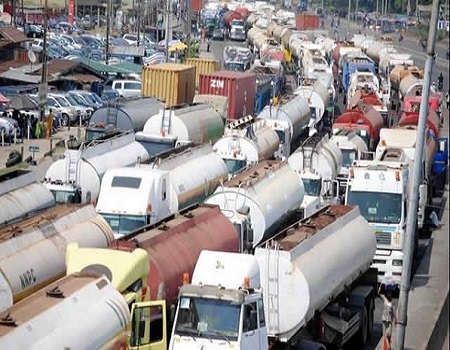 The Nigerian Ports Authority (NPA) has set up a new traffic management team called Traffic Task Team (TTT) and stated that the agency will no longer entertain call-ups of trucks that did not emanate from either the terminal operators or the shipping companies.

This is even as the NPA directed the newly set up TTT to take over the roles of traffic monitoring and enforcement, two roles that were hitherto being carried out by the Kayode Opeifa Task Force team, with immediate effect.

It would be recalled that fight broke out at the Lillypond truck park recently during call-ups rows, following allegations of extortion by truckers on the Presidential Task Force on Decongestion of Lagos Ports Access Roads led by Comrade Kayode Opeifa.

According to a notice released by the NPA to shipping companies and terminal operators, a copy of which was sighted by the Nigerian Tribune, “For the purpose of operation of all call-ups of trucks procedures, the following shall apply: A task team to be known as Traffic Task Team (TTT) is hereby set up to operate the Standard Operating Procedure (SOP).

“All trucks/containers operating towards the port in breach of this SOP would be made to turn back at the turning points and may alongside its owner / operators be further sanctioned by other means.