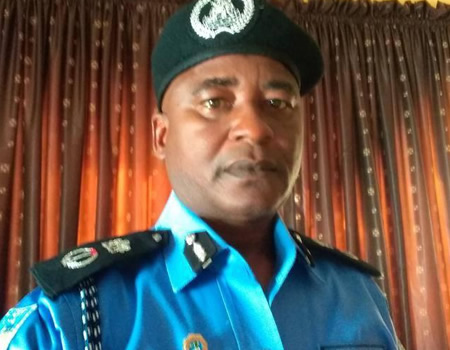 Share
In order to enhance people oriented policing and effective service delivery in Anambra State, the Commissioner of police in the state, Mr Mustapha Dandaura has on Wednesday summoned all officers and men attached to Safer/Federal Highway Patrols in the Command and addressed them at the State Command headquarters Awka over unprofessional conducts.
The CP while addressing the officers, urged them to be more professional, proactive, firm but civil to members of the Public when discharging their duties in accordance with internationally acceptable best practices.

The CP also warned them against any form of extortion and corrupt practices stating that any officer found wanting will face severe disciplinary action which may include outright dismissal from the Force.
The CP then order that the Patrol teams be deployed to Onitsha, the commercial city for special operations in order to sanitise the Area of armed banditries such as One chance and handbags snatching syndicates particularly at the head bridge and Upper Iweka axis in Onitsha.

Buhari to Ambode: You’ve performed satisfactorily, should be commended