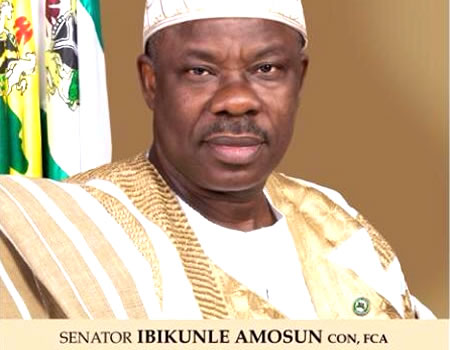 THE Joint Negotiating Council (JNC), Ogun State, has said that the State Government under the leadership of Senator Ibikunle Amosun, is owing workers in the State four months salaries.

This was stated by the JNC chairman, Comrade Abiodun Olakanmi, during the State Congress of Amalgamated Union of Public Corporation, Civil Service Technical and Recreational Service Employees (AUPCTRE), in Abeokuta, on Thursday.

Olakanmi said that the State government is owing its workforce sixteen months salary deductions, hence the need to list it among the league of state governments owing workers salaries.

He recalled that workers in the State embarked on strike sometimes in November 2016 to press home their demands on the need for government to pay their deductions 12 months deductions.

Olakanmi explained that six months deductions was paid by government out of the bailout fund released by the federal government after the strike.

“You know the month of March has not ended, by the end of this month, it will be seventeen months of deductions of cooperatives and four months of check off dues.

“So technically, Ogun State government is owing salaries, by calculations if one month deduction is just twenty-five percent of the salaries, definitely sixteen months will be four months full salaries,” he said.

The union leader said the union would continue to meet with government towards the payments the workers deductions and check off dues, saying “we can not go to sleep while the Government is owing us, since we suspended our strike of November 2016, we have been on the neck of the State government, for them to pay this money.

“While we went on strike in November 2016, it was twelve months, after the strike, the government paid six months, with the bailout fund, now it has gone back to sixteen months at the end of February.”

Amosun who was represented at the programme by his Consultant on Labour Matters, Comrade Seyi Adebanjo, assured the workers that the issue of deduction would be resolved at a meeting scheduled to hold before the end of the month.

Amosun promised that his administration would not take the welfare of the workers for granted.