Amaechi on loans and development 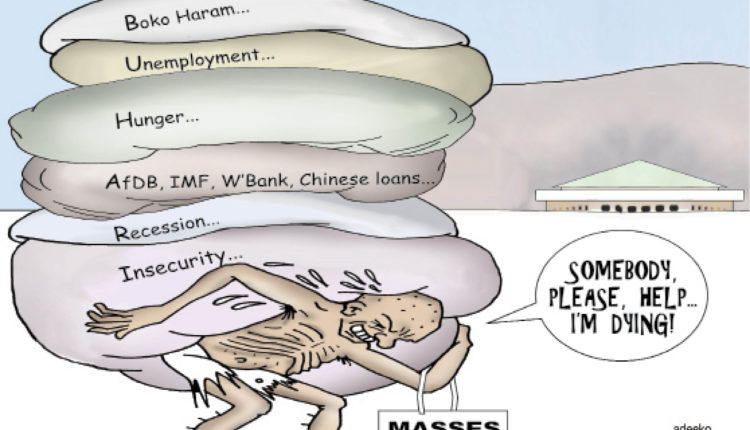 IN his bid to justify the country’s resort to Chinese loans, Mr Rotimi Amaechi, Transportation Minister, said Nigeria could not experience development without borrowing. While we agree with the minister that borrowing is an economic tool that could facilitate development, to say that a country’s development is tied to becoming a debtor is to stretch that argument out of sense. There are ample examples of countries that did not go a-borrowing to achieve growth. From which country did China borrow to become the second largest economy in the world? Similarly, from which country did Nigeria borrow to prosecute the 30-month civil war between 1967 and 1970? So, development is possible without going cap in hand to other countries to secure loans.

We are convinced that Mr Amaechi raised the issue of development to pull the wool over Nigerians’ eyes because the terms of the loans are deleterious to Nigeria. The sovereign guarantee inserted in the loan terms makes that clear. If Nigeria fails to ensure repayment when it falls due, China will take over the facility without much ado. According to the Debt Management Office (DMO), one of the 11 projects financed with the Chinese facility is the Nigerian National Public Security project. The project is a wholesale security facility which Nigeria took a $399.5 million loan to finance in 2010. The Exim Bank of China granted the country a seven-year moratorium and Nigeria is expected to pay back the loan by 2030. So far, Nigeria has paid $76.83 million as part of the principal and $84.92 million as interest, totaling $161.75 million. The outstanding against the country currently is $322.67 million.

The implication of this is that in three years after the expiration of the moratorium, Nigeria only paid about four per cent of the principal, with 96 per cent still outstanding. If Nigeria was able to pay just four per cent in three years, what is the guarantee that it would be able to pay 96 per cent in 10 years? From all indications, Nigeria may fail to pay back the loan on due date and this would have far-reaching implications for its sovereignty. Unless Nigeria completes the payment of both the principal and the interest by December 20, 2030, China will take over the management of the project. This is because unlike the World Bank, International Monetary Fund and other lenders, China is not favourably disposed to the rollover or refinancing of loans as these are not contained in the terms. Once a country defaults, China moves in and takes over the collateral which is the infrastructure for which the loan was secured.

Should Nigeria fail to repay this loan and China take over the Nigerian National Public Security project, an important segment of Nigeria’s security architecture would be in the hands of a foreign country. What kind of sovereignty can Nigeria then claim? If a foreign country is in control of the surveillance facility of Nigeria, what is left of our sovereignty? If a foreign country is overseeing a critical part of Nigeria’s security architecture, how secure can it be as a country? Would that be development or retrogression? The Abuja Light Rail and the Zungeru Hydroelectric Power projects were financed with $500 million and $984.32 million loan from China in 2012 and 2013 respectively.

Unless Nigeria keeps to the terms of the loans and is able to pay off the debts completely by 2032 and 2033 respectively, China would move in and take over these facilities.    What happens if China takes over the power projects and chooses to sell electricity to Nigeria’s neighbours rather than Nigeria? What happens if China takes over the Abuja Light Rail and imposes a high tariff? Where would that leave Nigerians? Would that be development in the real sense?

Rather than running to China whenever a need arises, Mr Amaechi and his colleagues in the Federal Executive Council, should think out of the box on growing and diversifying the economy to increase revenue. That may be slow but it is way better and safer than taking loans that could rob the country of its future.

Ogun: Why road construction, rehabilitation are key to economic growth