In recent times, the ports in Lagos have been bedeviled by an increased number of overtime cargoes, thereby reducing yard space inside most of the port terminals and pitting port operators against port users, writes TOLA ADENUBI. 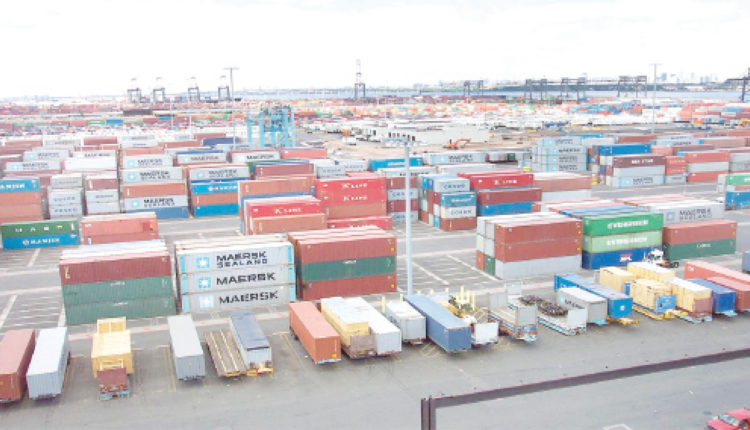 Prior to the congested state that the ports in Lagos found themselves, the Nigerian Ports Authority (NPA) had moved overtime cargoes to warehouses owned and operated by the Federal Government in Ikorodu in Lagos and Onne in Rivers State just to maintain space sanity inside the ports. The NPA had to continue moving overtime cargoes out of the ports because port operation relies on space management. For port operation to be efficient, port terminals must always have enough space to receive new containers. To ensure there is enough space in the port terminals at all times, operators always urge cargo owners to clear containers within 90 days of the time that such containers are discharged from ships. However, this has not been so in Nigeria’s ports system as many cargoes currently litter the ports after being discharged from ships more than 90 days after.

When asked recently why there are so many overtime containers littering the ports, the vice president of the Association of Nigerian Licensed Customs Agents (ANLCA), Mr. Kayode Farinto, explained that the effect of the Covid-19 pandemic on world economy was a major reason there is an increase in the number of overtime containers inside the port.

Farinto said, “We have so many importers who are currently financially down because of the Covid-19 pandemic. The pandemic affected businesses and closed down some organisations while others suffered. This forced many importers who had imported cargoes from mostly China and the far east to abandon cargoes inside the ports because there is no money to clear them.

“Many of these cargoes had been shipped from their port of origin mostly in the first quarter of 2020 and arrived Nigerian ports during the lockdown which began towards the end of March. Many of the owners of these containers ran out of funds during the lockdown and that is why the number of overtime containers in the ports sharply increased from February, March and April.”

The port landlord, the NPA, recently revealed that alternative storage places for overtime cargoes are already about 85 percent full. Speaking recently during a meeting of heads of maritime agencies in Lagos, managing director of the NPA, Hajia Hadiza Bala Usman, revealed that alternative storage warehouses in Onne and Ikorodu are almost full, and it is important that the Nigerian Customs Service (NCS) auctions off some of the overtime containers to allow for more space for new overtime containers.

In the words of the NPA MD, “We currently have too many overtime cargoes in the ports because where we usually take them to, government warehouses in Onne and Ikorodu are already 85 per cent full. We urge the Customs to auction off some of these containers so that new ones can be moved to these warehouses to allow for more yard space at the ports. The port is not a warehouse, it is important that cargoes are moved out within stipulated time after being discharged from ships into the port terminals.”

With overtime containers littering the port environment and constituting a nuisance for the terminal operators, the stemming of cargoes to bonded terminals scattered around Lagos became the norm. Terminal operators had to stem down containers to their proxy bonded terminals to ensure there is just enough space for new cargoes inside the ports. However, for many cargo owners, many of the stemming exercises were unsolicitated actions.

Speaking on the development, a clearing agent, Mr. Osita Chukwu, wondered why a container will be taken to a bonded warehouse without the consent of the cargo owner.

“How can I pay for what I did not ask for? The Nigerian Shippers Council (NSC) has issued a statement on this, yet the practice has not stopped. Importers are paying for what they did not bargain for, and this is jerking up the cost of cargo clearance at our ports,” Osita Chukwu who is the chairman of the Save Nigeria Freight Forwarders Importers and Exporters Coalition (SNFFIEC) told the Nigerian Tribune.

A port worker who would not want to be named, however, explained that many cargo owners are objecting to the idea that their containers be stemmed to bonded terminals, yet they are not coming forward to clear their containers out of the ports.

“Right now, we have issues with so many overtime cargoes in the port, and we cannot continue to have containers litter everywhere inside the yard. The port is not a warehouse, but people deliberately leave their containers inside the port and refuse to come and clear them. When these containers are then stemmed to bonded warehouses, the owners will start screaming, lamenting that they did not request for such, but the container has been lying down there inside the ports for months and nobody came forward to clear them. Is the port a warehouse? No, the port is a transit point where cargoes have to keep moving in and out.

“So when cargo owners refuse to come and clear their cargoes, and such cargoes are stemmed to bonded warehouses to create more space inside the ports, the owners of such cargoes will have to pay for the stemming.

“If we allow every container to remain inside the ports because of the refusal of the owners to come forward and clear them, then it will get to a stage where there will not be any space for new containers to be discharged when ships arrive. Port management is all about space. If we don’t have space inside the ports, then what are we managing? It is important that cargo owners clear their consignments as at when due to ensure we have efficient port management. It is when terminal operators have more space to work with that there is efficiency in port operation,” the staff of one of the terminal operators who begged not to have his name in print told the Nigerian Tribune.

Amaechi on loans and development