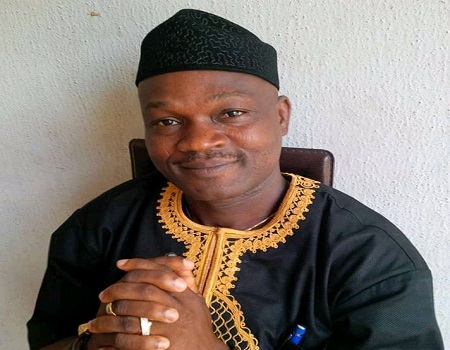 Special Envoy on regional matters to Ekiti State governor and southwest publicity secretary of the All Progressives’ Congress (APC), Karounwi Oladapo in this conversation with FEMI OGUNTAYO, talks on what the southwest will do in response to the Attorney General of the Federation’s position on the newly inaugurated Western Nigeria Security Network, codenamed ‘Amotekun’. EXCERPTS:

The AGF said Amotekun is illegal, what is your take on this?

As the chief law officer, the attorney general as expressed legal opinion which is within his mandate, I don’t have any problem with that, but that cannot be taken as the gospel.

Are there laws backing the operation of Amotekun in southwest?

We really don’t need special laws, because we are not inventing any new wig. What we have done in the southwest is not strange, was there any law in northern Nigeria where the civilian JTF has been assisting the conventional security operatives in combating crime and criminality? Do they have any special law? None! The day Amotekun was launched; Dr. Kayode Fayemi’s statement is sufficed to anybody who is not a mischief-maker. He explained clearly that what we have done in the southwest is to equip the conventional security apparatus of the state that are obviously lacking in intelligence gathering because they do not have sufficient knowledge and they are not too familiar with the locals.

So how does a Hausa man trace somebody that has been kidnapped in my backyard in Efon Alaye along Erinmo road? So you really need the information of those Erinmo people who are farming around that area to help you map out how to get an individual that has been adopted. The law is not even static, we review laws and we amend laws because the society is changing every day. If you make law today to address the problem we are facing that law will be applicable but immediately that problem is solved another problem will occur.

That is why there will always be an amendment to law because our lives are continually changing and you must address and meet up with these changes.

So what we have done in the southwest is to find a strategy whereby intelligence gathering and credible information that is needed to curb crime by the conventional security agencies are provided. So we do not need any special laws because we are not creating a special security outfit.

Look, it is so obvious the security operatives we have in Nigeria are overstressed, the problem is overwhelming them. They don’t have sufficient vehicles, they don’t have communication gadget. Is it a crime if the governments in their own wisdom now are using their own money to assist the federal government? I think what the southwest governors deserve is commendation. We will not take it like that; we will still have to take it to court.

Do you think the declaration by the AGF will stop the operation of Amotekun in southwest?

Well, southwest is not a lawless region, you know the Attorney General of the federation speaks for the President; he is the legal voice of the President of the Federal Republic of Nigeria. Southwest is a law-abiding region, we cannot be confronting the authority of the federal government, so when you have two divergent legal opinions, the next thing is that you will want to know where the truth resides and the only way to do that is that you approach the law court. Then if the court now says the position of the AGF is right, then that rests the matter and if the court says, Attorney General, you are wrong then we will continue our operation from where it was before the declaration of the AGF.

Are you saying the operation of Amotekun will be halted, because of the AGF’s position?

What I am saying is that the activities of the outlet are expected to be temporarily put on hold, so as not to be seen as engaging the authority of Nigeria. Because we are civilized in the southwest and the civilized way to go about this is to challenge the position of the Attorney General in court, which is the only legal authority that can say boldly who is right or wrong. So the only civilized way goes now is to stop temporarily the operation of the outlet so as not to be seen as flexing muscle with the authority. The Yorubas have always been known to civilize; we will not be boxed into a corner.

We will not do like the southeast, to me the southeast approach is confrontational, that is not the civilized way to do things. We are pacesetters in doing things, as of knowledge, of commerce, of struggle, of quality leadership and all of that. You know Amotekun until the AGF came in, was the object of discourse across all the regions of Nigeria that the southwest has given them direction on the right way to go in curbing criminality, we are pacesetters. So in a situation like this, we should demonstrate to other regions that the best way to go is the civilized manner, so that tomorrow we can have the moral right and legal authority to tell the southeast that you don’t confront the federal government in hostility but pursue your agitation in a civilized manner.

Microburst Learning: How It Benefits To Employee Engagement And Company Culture?