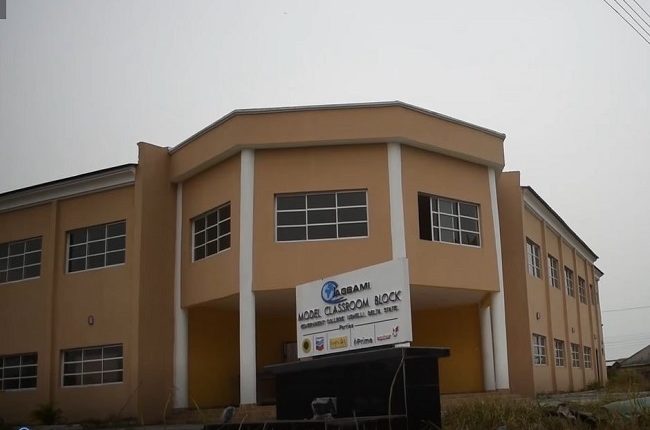 Star Deepwater Petroleum Limited, a Chevron Company and the operator of the Agbami field, together with the parties in the Agbami field have donated a model block of classrooms to Government College, Ughelli, Delta State.

At the virtual handover event last week Thursday, Delta State Governor, Senator Ifeanyi Okowa, who was represented by the Commissioner for Basic and Secondary Education, Mr. Patrick Ukah likened the gesture as actually a whole school project because it has all the attributes a school should have.

“The lab and everything you have put in that school are modern and state of the art.”

“We commend the Agbami Parties for this CSR project and are particularly happy on the focus of this project on infrastructure and education which, according to development theories, are two of the key areas critical for the development of a nation.”

Others are an ICT center and computer room, including a set of main servers with a broad bandwidth subscription and all hybrid equipment required for the ICT center to function effectively; a library with bookshelves, tables and benches; a fine art room; a sickbay with mini beds; a 40KVA power generator and other functional rooms.

Hulett noted that the Agbami parties have also implemented other projects in the past in Delta state, which include three science laboratory complexes with fully furnished and equipped Physics, Chemistry, Biology laboratories built and donated to Zik’s Senior Secondary School Sapele, Alaka Grammar School, Ozoro and Unity School Agbarho respectively.