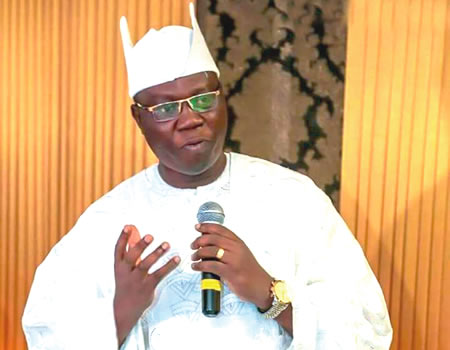 THE Yoruba Council of Elders (YCE) has described the Aare Ona Kakanfo-designate, Chief Gani Adams, as a worthy Yoruba son who deserves the honour bestowed on him by the Alaafin of Oyo, Oba Lamidi Adeyemi III.

The group made this known in a congratulatory message to Gani Adams, signed by its Secretary General, Dr Kunle Olajide and made available to the Tribune Online, on Tuesday.

YCE also pledged the support of its leadership, led by Chief Idowu Sofola, to Adams, adding that the waiting for a new Aare Ona Kakanfo had rather been too long since 1998 when the last occupant of the seat, Chief MKO Abiola, died.

“Without doubt, a lot of painstaking effort and spiritual consultation must have taken place before Iku Baba Yeye [the Alaafin of Oyo] arrived at the choice. Otunba Gani Adams’ courage and fortitude in the pursuit of Yoruba interest in the last two decades have been very remarkable.

“In the face of very stiff odds, Gani had always stood his ground in protecting and advancing the Yoruba cause in his own way. It is indeed gratifying that his efforts and sacrifices have not gone unnoticed.

“He has obviously entered a new challenging phase in his life. He must remain focused and undistracted in pursuing the Yoruba interest in the face of daunting challenges of these times.

“YCE believes he has paid his dues and deserves the recognition. We will continue to pray for his success in his new office,” the statement further read.