7 actions that can limit you as a creative 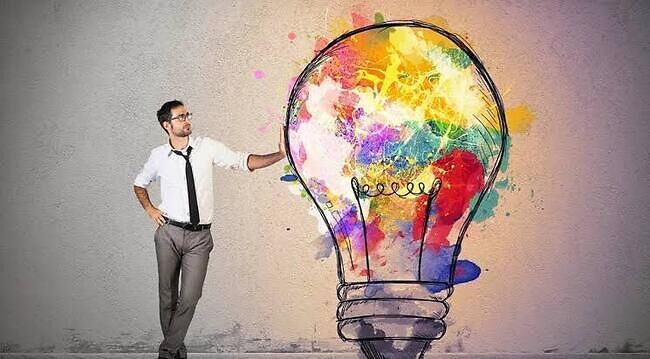 There are things that could limit you as a creative that hopes to create content that will resonate with your audience. They can stand in your way of expression, stifle your abilities and render them irrelevant; sometimes.

They have a way of keeping you in the shadows and stifling how much of yourself you can give to your work as a creative person. This in turn would affect your productivity level and subject value that you offer to mediocrity.

What are the things that could limit you as a creative person?

Nobody becomes an expert on the job at once. The people you look up to in your industry did not get there by sticking to the knowledge they initially acquired when they were starting out. They gave themselves to continuing to learn on the job and grow while doing it. They learn, unlearn, and relearn things.

They did not hold on firmly to what they knew initially and stayed there. But you? You are doing the exact opposite, and this in itself might limit you as a creative person. You are not giving yourself to acquiring knowledge and all you do is celebrate and make your boast about past glories. You don’t take to corrections.

You try to avoid criticism as much as you can because you can’t bear to see people give you their opinions. You want to make everyone, including yourself, believe that you are an island of knowledge, and you can figure things out by yourself.

Pushing tasks to a later date and probably ending up not doing them again. You make excuses to not do what is expected of you, and you decide to roll over tasks till another time. And at the end of the day, there’s a high chance that you will not go back to that task.

You can’t be better than everyone else. There’s someone somewhere that is doing what you are doing better than you. This egoistic feeling will hinder you from giving yourself to learning and being taught to do things better. Nobody wants to build something with someone who is egoistic and makes them feel less just to justify their false and unrealistic imaginations.

Do you know one of the things that being a creative person entails?

It entails being a regular student who is willing to be taught and willing to learn at every opportunity. A creative person does not sit and dwell too much on what they seem to have achieved. A creative seeks to learn. more, unlearn things that he or she has learned before and relearn what they already know and have probably forgotten.

4. Distractions that you have refused to keep in check

If you don’t keep your distractions under control, they will end up controlling you. Identify your distractions and treat them appropriately. Leaving your distractions to chance will limit your creativity. Distractions could be overwhelming thoughts that have refused to leave your mind, addiction to movies or social media, a friend that won’t stop wasting your time, and other factors that could pose as distractions.

Imposter syndrome is another thing that could limit you as a creative person. In simple terms, it means that you feel incompetent and undeserving of the accolades that you get for your work as a creative. It is mostly associated with the feeling of being a fraud. You find yourself doubting your abilities even though you’re aware that you are pretty good at what you do, and people could pay substantially for what you have to bring to the table.

This would definitely contribute to making you less productive. When you give yourself to eating unhealthy foods all the time, 24/7, you might just be making yourself prone to illnesses that could hinder your productivity and you are likely to start battling with fragile health.

You’ll do much more if you were healthy and not sick.

7. Indiscipline as a creative

As a creative, constantly breaking the rules, and having a lack of control would definitely limit you as a creative. With a lack of discipline in the picture, you should be prepared to deal with poor performances. And this is not too good for you as a person or your brand.

Discipline is not meant to be easy. Discipline entails showing up and doing things the right way, no matter how easy or difficult they get.

Conclusively, find your limitations and treat them accordingly before they get in the way of your productivity and ruin things for you.

5 ways to make friends as an introvert