2020 has been a tough year in many dimensions, says Homebased

Entertainment
By Tribune Online On Nov 20, 2020 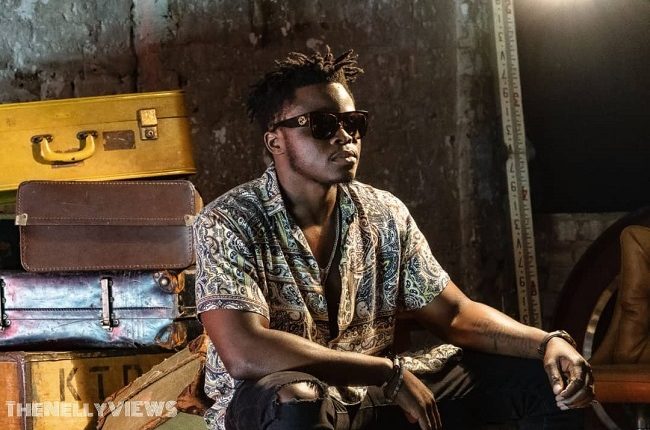 Whilst speaking about this release, he said he plans to release this album prior to Xmas on the 18th December. This EP album will consist of 6 tracks with an interlude with his 4 years old son.

However, he mentioned he has decided to release a couple of the EP tracks this month in advance of the main EP release date.

He further stated that ” 2020 has been a tough year in many dimensions, especially with everything going on in the world.

However, he believes music is one thing that has helped lots of people get by. ” As you know music heals the soul. Hence, I thought dropping my happy party track “Let’s Dance” in the mix won’t hurt at all. This track is a banger and Afrobeat fans will definitely love it. It drops on the 20th of November and will be followed by another upbeat track on the 27th November titled “My Fire” These two songs are both vibrant and interesting

According to him, these 2 songs are of a slightly different vibe from saying his very successful debut single “Just Fine” which now has close to 200 thousand streams across all online platforms.

“I must give a shout out to the incredible producers I have worked with on this project Victizzle of Vixmix and Ralph of Jomanedopebeatz_. Great guys indeed.!”

He prays and hopes all his fans and listeners enjoy the EP as they celebrate a wonderful Xmas with their friends and family.

When asked what’s next after the ” Spur Me On EP”. He said he hopes to collaborate with other artists in the industry next year by God’s grace and also continue to drop lots more varied singles as he progresses his career.

Former Ekiti state governor, Mr Ayodele Fayose, has congratulated Edo State governor, Godwin Obaseki, on his victory during last Saturday’s governorship poll, calling on him not to return to the All Progressives Congress (APC).Homebased

Obaseki who joined the Peoples Democratic Party (PDP) in June after he was disqualified by the APC, defeated Pastor Osagie Ize-Iyamu of the APC in the election results announced by the Independent National Electoral Commission (INEC) on Sunday.Homebased

A Kano based industrialist, Chief Kalu Ogbonnaya, has advised the Federal Government to take necessary steps to stimulate the nation’s economy to prevent a recession post COVID-19.Homebased

Ogbonnaya who spoke in an interview with the News Agency of Nigeria (NAN) on Thursday in Kano, said as a result of the coronavirus raving the world, no business has been moving.Homebased Homebased