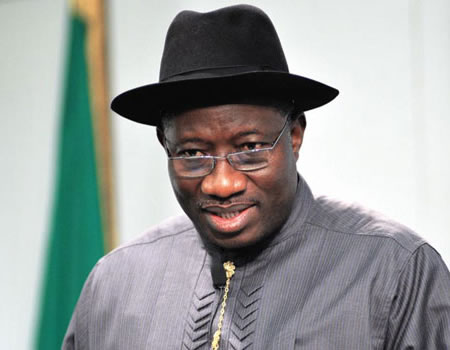 FORMER President Goodluck Jonathan on Monday threw his weight behind the presidential ambition of Sen. David Mark, saying the former Senate president will strengthen the bond of unity in Nigeria.

The former president, who hosted the Peoples Democratic Party (PDP) presidential aspirant in his Yenogoa residence, said Nigeria was in dire need of unity.

Jonathan said that it would take a man with strength of character and clear conscience like Mark to rebuild and foster unity in Nigeria in 2019.

“We are only existing superficially and this is very dangerous,” he warned.

He said that beyond dwindling economy and worsening insecurity, the major problem the next president would face was the challenge of uniting the country and giving every section a sense of belonging.

Jonathan noted that every right thinking Nigerian should crave for peace and unity as “we continue to stay together.”

“Staying together is what everyone desires as the global community respects and values us because of our size and population.

“As president of Nigeria, I worked harmoniously with Mark as President of the Senate. He demonstrated patriotism and loyalty to his fatherland.

“His colleagues admitted that he is a detribalised leader. He is the kind of man the nation needs now.” Jonathan said.

The former president expressed optimism that the PDP would get it right in 2019 elections.

In his remarks, Mark, said that Nigerians now knew the difference between the former and present administrations.

He said that he possessed the experience, knowledge and skill to bring the nation out of the social and economic malaise within two years if elected.

Earlier, Director General of David Mark Campaign organization, Sen. Zainab Kure, paid glowing tribute to Jonathan for his uncommon leadership quality and sacrifices he made to keep the nation united.

Kure noted that Nigerians would forever be grateful to the ex-president for his statesmanship.