2019 governorship election in Taraba will be a walk over ― Ishaku 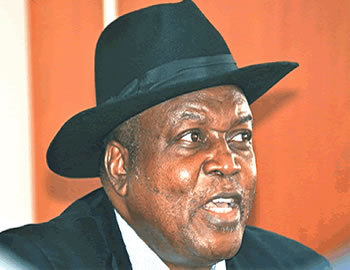 GOVERNOR Darius Ishaku of Taraba state has described the forthcoming governorship election in Taraba state as a walkover for his opponents if the Independent National Electoral Commission (INEC) would conduct credible polls.

Ishaku stated this on Wednesday while answering questions from Journalist on his ambition to contest for second term in office as governor of Taraba state.

He stated that the 2019 general election is a sole responsibility of INEC to give electorate the deserve results of the polls unlike what recently happened in Ekiti and Osun governorship elections where there was large outcry over election malpractice.

Ishaku call on Nigerians and other international communities to prevail on INEC to conduct credible election in 2019, he further emphasized that no amount of corruption is worst than rigging of election a d announcement winners against the wishes of majority of voters.

Ishaku said his track records in office over three years was convincing base on the physical projects he has executed and human development a cross the sixteen local government areas of the state, he said the achievements has proven that his administration was capable of developing the state further if given another four years in office.

“Rather than tackling personalities the way others do while campaigning for elections, my campaign will be issues base, very soon when we commerce campaign round the state, I will be pointing at those projects physically for the people to see and get convince that we deserve another term to move the state forward.

“I have done so much in the area of agriculture, roads, water, health, education, revival of some state owns companies, opening up Jalingo airport, upgrading of Taraba state University, and above all regular payment of both local government and state Civil servants in the face of recession, these are some physical things that the people are already feeling them such that they are convinced that we have the ability to do more.

“I inherited series of communal, tribal and religious crisis when I took over government, it was quite challenging as if the state was going to break into pieces, we spent much time and resources and now all the people of the state can affirm that the state is relatively peaceful.

“yesterday we commenced disbursement of crisis victims support funds with the people of Mambila Plateau, the next will go to another area where we think there is need to go, we are going to do this across the areas that experience crisis and deserve to be supported to start life and move on in peace.

“The area which we are still having crisis challenges in in Lau local government area, the reason is that the people coursing crisis from Lau are always coming from Adamawa state, if the crisis was limited only within Taraba axis, that would have also been a thing of the pass. Lau is an agrarian area and is one of the local government that can produce Rice in large quantity, we are trying our best in instill Peace there so that people will have time to farm.

“I have raised a foundation of development for the people to see, we were able to give hope to those who thought hope was lost in the state and am assuring the people of Taraba state that if am reelected once again, I will consolidate on the already built foundation to make Taraba a better state for our generation yet unborn.

The governor call on his opponents in other political parties to engage in peaceful campaign rallies and avoid any act that will course crisis during and after elections next year.