16 months after: Benefits of TSA 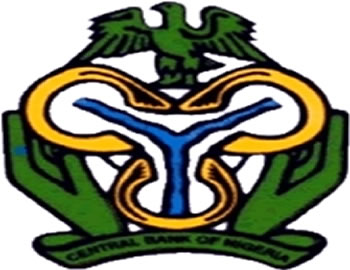 T      HE Treasury Single Account (TSA) policy of the Federal Government partially commenced in February 2015 under the administration of former President Goodluck Jonathan. It was, however, the Muhammadu Buhari-led administration that began its full implementation in September 2015, with the presidential directive to all Ministries, Departments and Agencies (MDA) of the Federal Government.

Sixteen months after kick-off, the nation has derived numerous benefits from its implementation; for example, as at the last count, over N3 trillion of FG’s money has been saved into TSA. According to high-ranking officials of government, especially the Ministry of Finance and the Central Bank of Nigeria (CBN), more than N3 trillion has been mopped up from the over 17,000 bank accounts formerly maintained by MDAs in commercial banks.

Also, government can now plan well for the people; a government unable to stay atop its finance can do little or nothing towards planning for its citizens as it ought to. Unlike in the past, the government is now aware of how much it has at any period, and can plan better for the citizenry, as it now has more funds to implement such plans.

Civil servants and bankers can no longer “chop” 10per cent and more of interest on government funds; while government earned zero percent interest rate on funds in commercial banks, top government, bank and other key officials were busy collecting a minimum of 10per cent interests on these funds. This made them super-rich civil servants and employees with property sprawling all over the choicest parts of the country. Are you surprised that many of them with pitiable salaries could send four or more children to foreign schools at the same time?

Before TSA, all MDAs collected their budget allocations and stashed in their own names in different commercial banks. This meant that while one MDA could have funds, another that did not have and needed money urgently had to borrow from commercial banks at ridiculous rates – almost always at over 20per cent interest!

Guess what? The funds lent to the MDA in need is from what another MDA has kept with the same bank. The cycle was endless, with the Federal Government being the only loser. TSA has, however, brought an end to this sickening evil.

Government now has a single full control of all its funds at any point in time, since TSA is a case of government money in government bank, controlled by government people. Since the CBN cannot, in reality, become bankrupt like the commerical banks, government money is safe and can be monitored and accounted for all the time. No one can carry out any transaction again behind the government. Now, government money is secure since all funds are kept with the CBN, which is the bankers’ bank, and also, government can earn more income owing to the increase in the channels through which payments can be made into the TSA.

Unending issues in OOH and the M&Q option