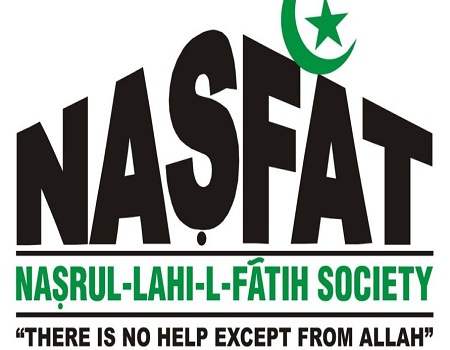 TEN participants have emerged as quarterfinalists in the Business Incubation Launchpad (BUILD) competition organised by the Nasrul-Lahi-Li-Fathi Society (NASFAT).

The chairperson of the BUILD initiative, Fatai Olayemi, explained in a statement that $10,000 (about N3.8 million) prize money will be presented to the winner.

According to Olayemi, “the initiative is aimed at seeking entrepreneurs and startups with innovative solutions, entrepreneurial mindset, can-do spirit and a big idea or solution that has the potential to positively impact Muslims, Muslim communities and the world at large.”

NASFAT had, as part of its 25th anniversary celebration, launched the BUILD platform to create funding and mentoring opportunities for young Muslim entrepreneurs and startups with innovative solutions aligned with the Health, Education, Livelihoods and Da’wah (HELD) agenda of the organisation.

The 10 quarterfinalists, Olayemi said, would undergo a virtual boot camp and showcase their solutions before a virtual panel of judges comprising industry experts, leading to announcement of winners in September.

He added that the winner would get a $10,000 investment from NASFAT, as well as potential investments by other angel investors, mentorship from renowned entrepreneurs, industry linkages, access to experts, access into incubator/accelerator hubs and accounting and legal support from NASFAT’s secretariat for 12 months.

Italian prosecutors have asked that two oil companies, Eni and Shell, be fined while some of their executives, both present and former including Eni’s Chief Executive Officer, Claudio Descalzi, be sentenced to prison in a long-running trial bordering on alleged corruption in oil field purchase in Nigeria… Read Full Story

The candidate of the Peoples Democratic Party (PDP) in the 2016 governorship election in Ondo State and a former Commissioner for Justice and Attorney General of the state,  Eyitayo Jegede,  on Wednesday emerged as the candidate of the PDP in the party’s primary election… Read Full Story

The Inspector-General of Police, Mr Mohammed Adamu, on Wednesday, warned officers of the force, to embrace professionalism as the law demands as well as shun illegal arrest, extrajudicial killings, torture and extortion in the country or face unforgivable sanction… Read Full Story

The Federal Airports Authority of Nigeria ( FAAN) has again condemned in strong terms the latest assault of an Aviation Security (AVSEC) staff, by the head of the Directorate of State Security ( DSS), Mr Safiyanu Abba,  for carrying out his assigned duty at the Nnamdi Azikiwe International Airport Abuja… Read Full Story

The political supremacy war within the ranks and files of the All Progressive Congress (APC) took a new turn on Tuesday, as the Minister of Labour and Employment, Senator Chris Ngige and chairman, House of Representatives Committee on Finance, Hon. Abiodun Faleke threw caution to the… Read Full Story

Are you a good teacher?

It is a challenge to provide disability-inclusive education, but it is worth it