We won’t punish anyone for padding —APC 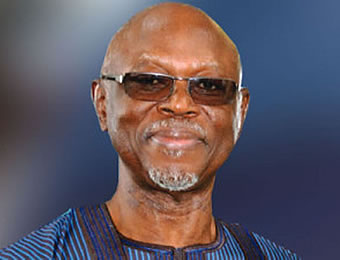 THE All Progressives Congress (APC), has said it had no plan to sanction any of its members on the alleged budget padding in the lower chamber of the National Assembly.

The party’s  deputy chairman (North), Lawal Shuaibu,  in an interview with newsmen in Abuja, said the party was only concerned with its members’ conduct.

“What is padding? The party does not sanction anybody on that. What concerns us is where any member contravenes party constitution in his conduct.

“That is why I refer you to Article 7 subsection 5 of our party constitution. We are not a law enforcement organisation; we don’t enforce law.

“We only ensure that the constitution is complied with; any member of the party is answerable to the party and answerable to its constituency. The two members that are subjected to this are elected or  appointed members of the party, including those that are holding public office.

“So, you expect the party to sit down and watch? No, we have to do our work. The issue of us sweeping anything under the carpet does not arise at all, but we don’t do it in the market place; we do it in the party secretariat,” Shuaibu said.

He added that the APC was quietly working to end the crisis in the House, but not in public glare.

For weeks, Abdulmumin Jibrin, the former chairman of the House of Representatives Committee on appropriations, has accused Yakubu Dogara and others of padding the 2016 budget through unnecessary insertions.

Dogara, in response to Jibrin’s allegations, once told journalists: “For me, I studied Law and I have been in the legislature and all these period I have never heard of the word ‘padding’ being an offence under any law. If I don’t know, you are the media, research the law and let me know.”

Budget padding: No legislator can be charged for performing his constitutional duty —Dogara