The wonders of breast milk 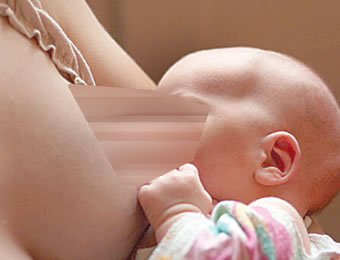 Naturally one would expect there will not be any controversy about the benefits of breast milk but the economic recession may be affecting the compliant of nursing mothers to exclusive breastfeeding of their babies in the first six months of life. I listened to a radio programme where it was argued that it takes a well fed mother to exclusively breastfeed for six months which is no longer feasible.   While mother’s adequate nutrition is essential and may be difficult to achieve in the current economic state, I want to state that having a balanced diet requires simple dietary components that are well planned and may not necessarily be expensive. There is no alternative to exclusive breastfeeding. The benefits are enormous!

Breasts are an astounding and fascinating body part, not because of how they might look like, but because of what they produce and the nursing process they are involved in! Breast milk is water of life and has tremendous benefits to both mothers and their babies. This week let us just look at cardiovascular benefits of breast milk

How does breastfeeding help mom?

During pregnancy, a woman stores fat that it expects to release during lactation which is built up in the body as extra fat if mother doesn’t breastfeed the baby. The excess fat must be released, if not the burden is on the body with eventual deposition of the fat in the inner lining of the arteries that supply the heart and the brain (atherosclerosis).

“Fat was initially thought to be an inert material, but it’s very bio-active,” McNeal said. “It produces a plethora of bad hormones and inflammatory markers that influence blood pressure, lipids and the risk of diabetes.” It is then better to encourage any habit that will flush out fat from the body system.  Breastfeeding is that important habit that helps to flush out fat from the body system. It is very important to try to breastfeed. “If you can breastfeed for three months after each pregnancy, your blood vessels are likely to be in better shape down the road.”

The longer you keep to breastfeeding the better. If you breastfeed for one or more months, you are less likely to have diabetes, hypertension or high cholesterol. Better still, if you can stick to it for more than six months, you are less likely to have heart attack or stroke. The more pregnancies you have, the more risk of heart disease you have. But if you breastfeed longer in each pregnancy you come out healthier.

With adequate breastfeeding the abdominal obesity that comes up with pregnancy is reduced thereby reducing cardiovascular morbidity and mortality.

How does breastfeeding help babies?

Immediately after delivery, the next challenge is breastfeeding. While some mothers cannot breastfeed for medical reasons, others may, out of tight work schedule, finds it almost impossible to breastfeed and they result to infant formula. Breast milk, in comparison with infant formula have many benefits among which are improved immune system by the first milk production (colostrum), easily digestible protein and fat , vitamins and mineral making breast fed babies stronger and healthy with good senses of hearing and vision. Also breast fed babies are more intelligent than infants fed with formula.

Apart from all these, there are specific effects of breast milk on the heart of babies. Framingham Heart study revealed that breastfed babies are more likely as an adult to have fewer cardiovascular risk factors.  Lower body mass index (BMI), a measure of obesity and higher HDL levels (or “good” cholesterol) in adults are associated with having being breastfed as an infants.

It is no longer fashionable to glory in infant formula as found in the early 60s. With the advent of baby-friendly initiative, we can see rather than having obese babies, we have healthy babies with better future cardiovascular state. Weight at birth and in childhood is an important indicator for future cardiovascular risk.  While Low birth weight is associated with future development of hypertension and diabetes, excess weight gain around infancy is not better.

High Density Lipoprotein (HDL), the good cholesterol, protects against particular cardiovascular disease, such as stroke and heart attacks. The higher it is in the blood the better the protection. Compared with infant formula-fed babies, Breastfed babies have increased HDL. In the cardiovascular disease terrain, our current status is a product of what we were at infancy. The fat contents in the breast milk are easily digestible and prevent overfeeding that can result in infant obesity. Breastfed babies are less likely going to develop hypertension or diabetes later in life.

From the forgoing, importance of breast milk is overwhelming. It should not be difficult to convince an African mother to breastfeed their babies. When next you are pregnant, plan well to breastfeed your baby exclusively for six months and do not wean him or her till 18 to 24 months. You can do it with the help of God and good maternal nutrition on simple diet plans. Enjoy a healthy heart.

‘When a woman dares her husband, there’ll be crisis in the home’