Why Sanusi was my choice as Emir of Kano ― Kwankwaso 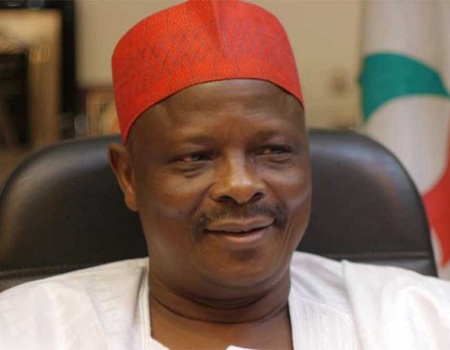 Former governor of Kano State, Rabiu Musa Kwankwaso, has defended his choice of former Governor of Central Bank, Muhammad Sanusi II, as the Emir of Kano.

Incumbent Kano State governor, Abdullahi Umar Ganduje, at a public book presentation on the stewardship of former president, Dr Good luck Jonathan, said Sanusi Lamido was installed as the Emir of Kano to spite the former President. The former governor of Nigeria’s apex bank was dethroned as Emir of Kano on March 9, 2020.

Senator Kwankwaso in a statement by his private secretary, Muhammad Inuwa Ali said Muhammadu Sanusi was the best choice for the exalted throne which informed his choice.

The former Kano State governor listed his knowledge of both Islamic and Western education and tremendous goodwill he enjoyed amongst the kingmakers as factors which placed him above other contenders for the royal stool.

Senator Kwankwaso further revealed that the incumbent governor, who was his two-term deputy endorsed the choice of the former Governor of the CBN.

He said: “Being a leader with foresight Sen Kwankwaso is of the view that whenever an opportunity presents itself to a leader to make a decision that will be a lifelong appointment one must not make such a decision on personal sentiments because these sentiments might change and then what happens to such a decision?

“Therefore, the choice of Muhammad Sunusi II was made among other contestants because he is the most knowledgeable in both Islamic and Western education, he is the most experienced and enjoys a tremendous amount of support and goodwill from the kingmakers, the emirate council and indeed the good people of Kano state; this was what informed his appointment.

“In fact, one of the glowing tributes paid to the selection and appointment of Emir Sanusi II was made by the then Deputy Governor of Kano State, Dr Ganduje who on Friday, June 13, 2014, had this to say on a live program on Channels Television and Freedom Radio:

“Sanusi was the best among the candidates to be appointed as Emir of Kano. His wealth of experience as one of the best economist in the world and his trustworthiness is always his weapon. Remember how he exposed how billion dollars were stolen by some person under President Jonathan administration

I congratulate HE Rabiu Kwankwaso for choosing the right person at a time Kano and Nigeria need people like Sanusi Lamido Sanusi at this position.”

“It is therefore beyond hypocrisy for Gov Ganduje to stand on a podium and publicly contradicts himself because of sheer opportunism and malice.”

“Everyone knows that Gov Ganduje’s desperation to obtain the $1.8 billion loan and the former Emir’s criticism of the loan is what fuelled the illegal removal of Emir Sanusi II; it had nothing to do with former President Jonathan. It is common knowledge that the Emir was too progressive for Gov. Ganduje’s liking and that was exactly why after his illegal removal and the dismemberment of the Kano Emirate Council, he appointed Emirs that will not question his ill-advised decisions even if they are against the interest of the state and its people.”

Why Sanusi was my choice as Emir of Kano ― Kwankwaso