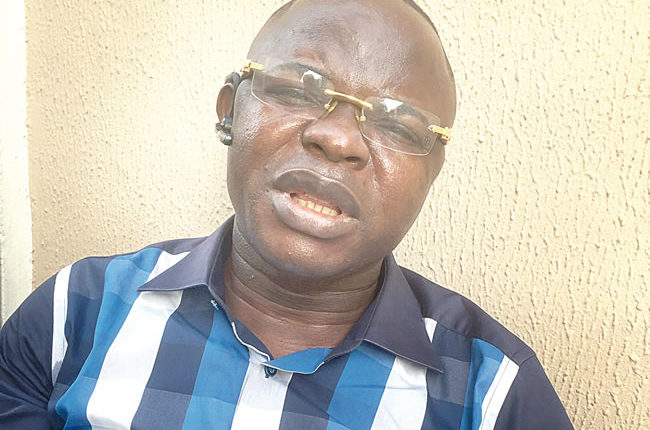 Late Gani Fawehinmi’s protégé, Mr Emmanuel Umohinyang is the president of the Centre for Leadership and Justice. In this interview by SEGUN KASALI, he speaks on the security situation in the country as it relates to Amotekun and the coming governorship poll in Edo State.

THE Inspector General of Police has accused some politicians of arming thugs ahead the Edo election.  So, how do we guide against violence during and after the poll?

Politicians will always speak their language and I do not think the IG would understand their language. You see a typical Nigerian politician wants to win election irrespective of how many people that died is none of his business and the unfortunate aspect is that those who are at the frontline of this attack are not their children. Their children are I’m comfortable areas. So, they source materials from the streets. Another thing you must always understand as the trait of politician is that they keep their constituencies in a poverty-stricken situation so that they can be useful to them whenever they call. So, with that, a pool of unemployed Nigerians are there in their payroll and they want them to remain so. They are not in the business of empowering them. They can only sprinkled you with water when it comes but their real intention is to continue to keep you under their control and use you during election like this. My advice to the key actors would just be-if indeed the story we heard that they have been arming their political loyalists to go against one another is anything to go by, then I think we should just advise them to stand down action on that. Election should not be war but a celebration of democracy. They should focus on their manifesto.

A sitting governor should speak  to the project he had done not to e telling people what he would do. You must tell them first what you have done in the last four years. I am sure Mr. President has made it clear to all parties that the people must be put ahead of whatever interest we have as we going into the Edo election. And don’t forget that the wind of violence is already blowing in Ondo. So, these are the things we must call the attention of politicians to order and I think we are getting to a point where we would get politicians to sign an undertaking that where there is violence and it is traceable to you, you go in for it. Why things have degenerated to this point is that from 1999, we have not had a government that had been so serious dealing decisively with trouble makers like the Buhari administration. If we had sustained this tempo, I do not think we would still be in mess by now. And I would appeal to those political actors to look at the bigger picture which is the lives of the people.

There are so many reactions trailing the placement of the South-west security outfit, Amotekununder the Inspector General of Police. What is your own position?

The issue of Amotekun is neither here nor there. Even though we admit it is a child of necessity, we must also understand that the true reason and purpose of Amotekun will manifest in 2023 when we will be having the general election because we have a history in our country where a sitting Governor use agencies of this kind to facilitate and gain mileage in elections. And my only worry is that I do not think the government has any challenge as regards supporting the state to protect lives and property. But, our only worry is that are we mature to handle this if these people are armed? How do we deal with the issues of proliferation of arms and ammunition? Just a few days ago you heard the IG giving directives to all the commissioners of police to track and withdraw arms from unauthorized people and at the same time you also heard the same governor of Ondo state talking about the need for them to arm the Amotekun operatives for them to be more efficient. So, you can see that it is a case of the devil and the deep blue sea.

While we are trying to cure the challenge of arms going into wrong hands, we also have a genuine reason to empower our people to be safe. So, we must strike a balance. Amotekun is not a child of destiny but a collective responsibility of Nigerians to see to it that correct information is given to the police in order to tackle criminality around our vicinity. On community policing,, the president approved that N13bn for the facilitation of that exercise and I think the governors keyed into it.

You said there is need to strike a balance on the issue of if Amotekun should be placed under the IG or not. How can the equilibrium be reached?

I have expressed my fears as regards the Governors we have with due respect to them. I have also told you that every politician speaks of the next election not necessarily development and achievement in office. As we are in 2020,  so many of them are already preparing for the 2023 election even though they have not been able to deliver on their promises made in 2019.

Don’t you think the crisis in Mali is a resuscitation of military interregnum?

The crisis in Mali is an unfortunate one. And never again in Africa should we have men on uniform take over leadership. The pain the Nigeria went through in the hands of uniform men is unforgetable and what we want is peace and development in Africa as a continent and in West Africa as a regional block. I think the president has been able to deal with the issue decisively. I commend the former president who has put all he has in ensuring that peace is achieved in Mali. I also thank ECOWAS sub-bloc for insisting that in 12 months that those military guys  on uniform must stand down so that democracy can return to Mali.