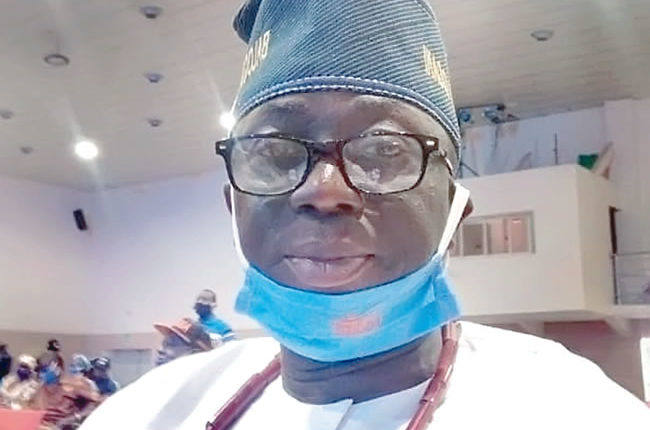 Honourable Olatunji Oshati, a chieftain of the All Progressives Congress (APC) in Ondo State, speaks on the coming gubernatorial election in the state, among other issues.

NOW that the primaries are over, the election proper is taking place on 10 October,  what is your prediction?

Normally, as a member of the All Progressives Congress (APC), it is expected for me to say my candidate, Arakunrin Rotimi Akeredolu, will win, but quite frankly, putting sentiments apart, and with my experience as a grassroots politician who had at one time or the other contested elections before, I want to be emphatic once again to predict a landslide victory for Akeredolu as governor for another term of four years.

How did you come to the conclusion or what are your reasons?

Politics is dynamic and the dynamism is what most politicians fail to study before jumping into the ring.

All the variables to look out for, for eventual winner favour Akeredolu and his party, the APC. As a matter of fact, this election may be a walkover.

What are the variables you are talking about?

I will not talk much about the common reasons of his achievements in three years in office, on how he has taken governance to the highest level of enviable performance or how he has built the level of trust between himself and his people as a result of promises kept. I will also not want to bother you about another common index of power of incumbency that Akeredolu has, which is very important in elections and cannot be washed away. Power of incumbency is not about the use of brute forces as people think, but it’s about having the advantage of being fully on ground with all the apparatuses of government which includes human and material resources. You should also know that all the local government chairmen, all the councilors in almost all the 203 wards in the state, all commissioners, all elected and appointed officers in government are automatic and loyal conversers to the incumbent, because their survival also depends on the positive outcome of the election of the incumbent. All these and more are what is meant by power of incumbency.

The salient reasons that are even more important on why Akeredolu will win are one, the issue of zoning which is one of the determining factors of the outcome of any election in Nigeria today. The idea has crept into our consciousness as a nation and we have, indeed, accepted it as a norm for the sake of justice and equity. Some people may argue; they may fool themselves that there is no law binding them to this, but they should know that the idea has grown to be a formal agreement, a pact or an unwritten contract to facilitate equitable distribution of positions and patronages. You may not believe that it has become a tradition that is being used in the grassroots for sharing of positions, be it councilors and ward executives. There were pockets of resistance during the local government election. It was caused by some leaders who did not adhere to zoning arrangement in choosing candidates for elections.

If arrangements are not based on zoning, there is bound to be resistance and revolt from the people. What I am saying is that among all the candidates, Arakunrin Akeredolu is comfortably favored by zoning to complete his second term. And that’s why every right-thinking citizen of the state and obas from all regions of the state who are not supposed to be involved in politics are busy campaigning for him for the sake of equity.

How about the other two popular contestants, Mr Eyitayo Jegede of the Peoples Democratic Party (PDP) and the deputy governor, Mr Agboola Ajayi of the Zenith Labour Party (ZLP)?

Politics is about timing, which is one of the dynamics that one needs to consider before jumping into the ring. My other reasons Akeredolu will emerge is that he is a pillar, a rallying point among the governors, particularly in the South-West. Do you know that as chairman of the South-West Governor’s Forum, he brought vigour and confidence to bear on his good leadership that the whole of South-West cannot afford to miss him, especially at a time like this that the Yoruba nation finds herself? He’s outspoken and speaks truth to power without fear or favour, especially in defence of his people. Look at the leading role he played in the formation of Amotekun and in other sundry problems of the region. He would always stand tall to provide leadership, sometimes at the expense of his relationship with power. So, tell me who will not want such character to always be around bearing in mind that 2023 is around the corner. Another external factor which is so much paramount to the victory of Akeredolu is our eagerness to welcome the zoning of presidential slot to the South-West by our party, the APC. We will never allow anything to rock the boat of the overriding interest of the Yoruba nation. The final reason why it is going to be an easy sail for Aketi is that the opposition in this election is divided. A divided opposition, no matter the velocity of the momentum they gathered in respect to emergency decamping of members would still have themselves to blame. They can never defeat a formidable incumbent party that had put her house in order and is united more than ever before.

The truth is that it is the end that justifies the means.

The PDP claims to have brighter chances with their showing in the last presidential and the National Assembly polls. What does that portend?

Pundits working with only statistical data without the circumstantial evidences may end up misleading curious audience, but the fact is that the circumstances, the scenarios that played out then are totally different from what it is now.

A Yoruba adage says ‘if there is no crack in the wall, no lizard can crawl through it.’ The APC of today in Ondo State is compact and 100 per cent united and they are fully ready. But you cannot say that with the PDP.

The PDP is still bedeviled with the fundamental problem of identity since when the whole structure of Labour Party was collapsed into her structure under former Governor Mimiko. This forced merger, rather than give them strength, continues to ignite the crisis of superiority between the old members and the new members, i.e. PDP and Labour members.

The same problem of old had again reared its ugly head with the emergence of MrJegede as the standard-bearer. The so-called old members’ suspicion on marginalisation grew when they lost out to new PDP in the last congress election and in the gubernatorial race. They could not contain the defeat on both ends and they now feigned marginalisation, especially when they could not get the deputy governorship slot.Majority of them are in the emergency party ZLP. So, PDP has seriously been depleted and Jegede, a complete gentleman, who is regarded as a technocrat in politics and not a politician, was accused to have taken every step wrongly. He thinks ahead of the election without bothering to sooth the nerves nor reconcile the aggrieved members.

Why are you talking about the other party as if you are a member?

Sorry, I didn’t tell you about my sojourn in politics. I have been around in the politics of Ondo  since a very long time and majority of us started with the Labour Party. We know ourselves.

The story now is that the aggrieved members in APC and PDP are now with AgboolaAjayi of the ZLP and the party may likely spring surprises. How do you see that?

I don’t need to go back because I have all along answered your questions. In Nigeria’s politics of today, a good politician should run away from emotions that will control his sense of judgment. It’s like taking decisions under psychological duress.No actions in politics borne out of emotions would always yield good results, except it’s meant for some purposes like wanting to prove a point and so, I only see Agboola being misled by inordinate ambition. He may be hailed here and there, but at the end of the day, the wherewithal, like logistics, necessary structures to finish the race, will eventually fail him.My rating is Akeredolu first, Jegede second and Agboola third.