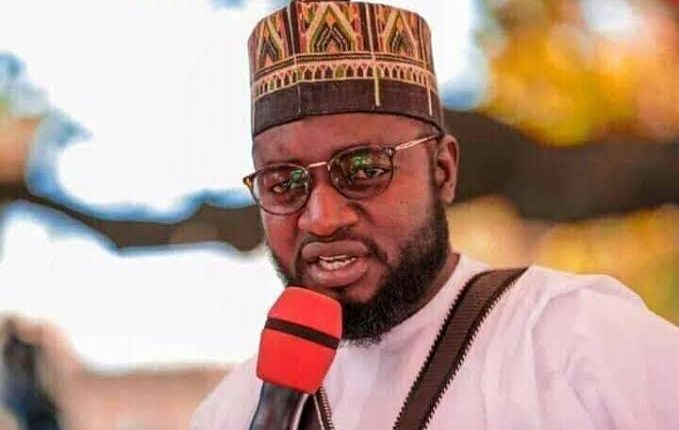 The member representing Pankshin/Kanam/Kanke Federal Constituency of Plateau state in the House of Representatives, Rep. Yusuf Gagdi has said that his motivation for service to humanity, inspired him to sponsor the police reforms bill aimed at repositioning the Nigeria Police for better efficiency and service to the nation.

He explained that the bill had already been signed into law by Presideent Muhamadu Buhari before the nationwide protests against police brutality.

According to Rep. Gagdi who was a  former Deputy Speaker of the State Assembly  “we should not forget the foundation that took us to where we are. I thank you so much for this honour. The kind of relationship we exhibited in the past is what has made me what I am today.

“I have always been for the interest and welfare of the people, and that is what motivated me to sponsor the Police Reforms Bill, which was signed into law, by President Muhammadu Buhari. It is not the EndSARS that instigated me to bring a bill for police reforms that bill came before EndSARS. I saw the need for police reforms before #EndSARS.“

He assured his former colleagues in the state assembly of his consistent and qualitative legislative activity in the House and would continue to partner with people of like minds for the development of the country as he prayed that posterity will remember him for it.

While presenting the award of Ambassador of the state Assembly, the former Speaker of the Plateau State House of Assembly Hon. Joshua Madaki said the visit would have come earlier but for the number of contentious election cases in various law courts and tribunals in the state as well as the Covid-19 which posed great challenge to human travel and gathering.

He said the quality of the lawmaker’s contribution on the floor of the green chamber shows that he is truly an ambassador of the Plateau state House of Assembly in the nation’s capital.

According to him, “today, the 12 members of the House of Assembly are here to thank you. You are a worthy ambassador of the 8th Assembly. The quality of your contributions at the green chamber shows that you are a true ambassador.”