What happens when you stop having sexx 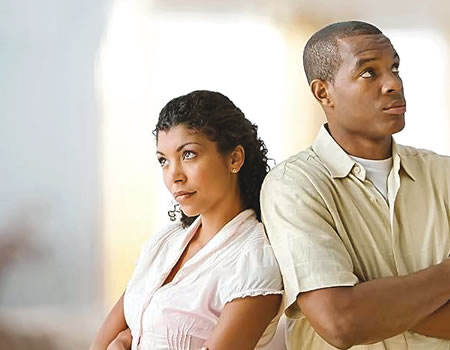 BREAK-ups, work, travel, ill health, emotional issues among other situations can place a stop or pause on your sex life. Whatever the reason why you stop the under the bedsheet romp, there could be consequences. This development can affect your health, either positively or negatively. Here are few things that can happen when you lose that loving feeling:

You feel more anxious: Sexx helps people blow off steam and stress. Scottish researchers found people who abstained from sexx struggled to cope with stressful situations compared with those who had intercourse at least once over a week.

During sex, the brain releases feel-good chemicals, such as endorphins and oxytocin, which help you feel more at ease, the researchers say.

Prostate cancer: Men watch out for prostate cancer; men who stop having sex may miss out on the prostate-protecting perks of frequent trysts. A study presented to the American Urological Association found out those men who got it on all the time; apart from sexual enjoyment and satisfaction, a 20 per cent drop in the risk of prostate cancer. This is because frequent ejaculations may remove potentially harmful substances from the prostate.

Colds and flu: Less sex may reduce your exposure to germs. Unfortunately, you will also skip the immune-boosting benefits of a weekly roll in the hay. Researchers at Wilkes-Barre University in Pennsylvania found people who had sex once or twice a week enjoyed a 30 per cent boost in immunoglobulin A (IgA), compared with those who had sexx seldom or never. IgA is one of the body’s first lines of defence against viruses.

Your risk for a UTI drops:  Nearly 80per cent of urinary tract infections (UTI) occur within 24 hours of intercourse. During sex, bacteria in the vagina can end up pushed into the urethra, where it causes an infection. On the bright side, at least for women; when you stop having sex, your risk for the painful peeing condition reduces.

Insecurities about your relationship could creep in: Not having sex takes a toll on your happiness, closeness, and relationship security, experts say. “Going without sex in a marriage can deliver a hit to your self-esteem, engender guilt, and decrease levels of oxytocin and other bonding hormones,” says Les Parrott, PhD, a psychologist and author. “It can also increase fears that one of you will look to others for sexual needs fulfillment

“Sex is just one expression of intimacy for couples,” he says. Kissing, hand holding, and giving compliments or unexpected gifts can help you feel connected with your partner emotionally—even if you’re not spending time connecting physically.

Risk for erectile dysfunction rises: Men who have sexx infrequently are twice as likely to experience erectile dysfunction as against men who have sex once a week or more, according to a study published in the American Journal of Medicine. The study’s authors suggest that, since the penis is a muscle, frequent sexx may help preserve potency in a similar way that physical exercise helps maintain strength.

Depression in women: Women feel more depressed the longer they go without having sex, reports a study in the journal Archives of Sexual Behaviour. But it may not be the lack of sex that got them down.

The study team found that women whose partners wore condoms felt just as blue. The researchers say some compounds found in semen; including melatonin, serotonin, and oxytocin—may have mood-boosting benefits for women who have unprotected intercourse. Of course, there are plenty of drawbacks to unprotected sex, too.

Of inheritance and disappointment

What push-ups can tell about your heart

Five menstruation myths you must leave behind

Why many Nigerian women are frigid in bed —Expert