Vision is not enough 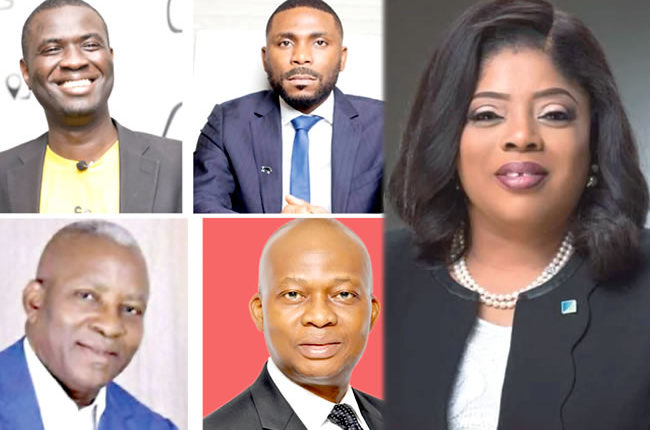 Happy New Year! I wish all readers of this package the best that this year has to offer.

A new year can be likened to a blank cheque; its value ranges from nothing to something small or something huge. What determines the value of a cheque is the figure it bears. A cheque leave could be worth as much as N5 billion or as little as N5,000. It could even be worth nothing. By extension, what determines the value each of us gets in a year is what we choose to do with the year. There is no year without its problems, neither is there a year without its prospects. What makes a year great or otherwise is what we choose to do with the challenges and the opportunities the year brings our way.

Vision is travelling into the future to see what is possible. Without vision nothing great can be accomplished. Without vision, we cannot alter our experience. Changes would be illusory and elusive without a vision. Having a vision makes the decision-making process quite easy because you know where you are headed. Focus will be difficult without vision because an organization without a well-thought out vision is not different from a ship without a rudder, a disaster going somewhere to happen. Hence, great leaders are strong in envisioning the future. They live in the possibilities of the future, not the limitations of the moment. They do not allow the realities of the present to muffle them, rather they are motivated by the prospects the future offers and allow the possibilities to dictate their course of actions. Vision is the compass that guides an individual, an organization or a nation into its desired destination. Vision is the encapsulation of an organization’s aspiration; where it wants to be and what it wants to become. Without a compelling vision, a company cannot record sustained success.

A vision is the expression of an aspiration. Vision is what you want to do. But no one has ever attained greatness by merely expressing a desire for greatness. For a vision to be realised certain steps have to be taken.

While vision speaks of what an organization wants to do, it is its capacity that determines what it can do. How far a company goes in realizing its vision is a function of how well it grows its capacity. No organization can out-perform its installed capacity. In the final analysis, what a company is able to achieve is directly proportional to the aggregate capacity of its workforce. To attain new heights, a company has to first acquire new knowledge. To achieve great feats, a company must develop great skills.

So, while vision casting and goal setting are important, without a corresponding capacity development, not much success would be recorded. Consequently, once visions are set, great leaders set in motion the process that would result in developing the requisite capacity that would make the realization of the vision possible. Knowing that people do what they have become, great leaders do not just stop at developing their own capacity, they provide their employees with opportunities to scale up their capacities as well.

The pains of O’Net

After Nigeria liberalized its telecommunication sub-sector and rolled out the Global System for Mobile Communications (GSM) in Year 2000, Odu’a Investment Company Limited, the investment powerhouse of the Southwest states in Nigeria, decided to latch on to the opportunity by setting up the Odu’a Telecoms Limited (ODU’ATEL) trading as O’Net, in 2002. The company was licensed by the Nigerian Communications Commission (NCC) for fixed wireless operation on 3.5Ghz and 800Mhz frequencies. So, it can deploy CDMA fixed and mobile telephony as well as internet services.

However, while many other telecommunication companies have become extremely prosperous, O’Net has been struggling to get off the ground. The company has become a pain in the neck of the owners and has escalated the frustration of everyone involved in it. Although at a point the company rolled out its services, it could not make much impact and the market abandoned it.

Why couldn’t O’Net manage to walk where others soar? The answer is not shrouded in any mystery. The available capacity did not match the expressed vision. When the idea of setting up ODU’ATEL was mooted, Odu’a Investment was a conglomerate strong in real estate, printing and general merchandise. It had little or no capacity in telecommunications. What it should have done immediately was to acquire the required capacity to start off the company and later build the capacity to sustain it. It did neither, it ran the company with the near zero telecommunications capacity it had. Therefore, its record of success with regards to its vision is near zero and its frustration almost 100 per cent.

When employees are trained, their thinking is transformed and they are able to try new things. They are also able to solve problems because they have learnt new things. Employees that are regularly trained develop high level of confidence and become better ambassadors of their organizations.

Sometimes, a company cannot immediately develop the capacity required for the actualization of its vision. So, it has to acquire the capacity from outside the organization. This is why organizations headhunt talents. This is also why football clubs scout for players that can help them achieve their aim of winning championships and tournaments. They know what they need to get to where they want but finding out that such talents are not available in the system, they look elsewhere to get the required talents to bridge the capacity gap and eliminate the frustration quotient.

Vision is about what you want to do, capacity is about what you can do but execution trumps the two because this is what determines what is done. Until a company makes execution its priority, its labour on visioning and capacity development will turn out as waste. Until action is taken, an organization can neither live its dream nor realize its vision. Until execution becomes pivotal to it, no company can realize its full potential. Execution is the key that opens the door of greatness to organizations.

When a nation or organization is strong on execution, it does what it has the capacity to do; it neither dithers nor vacillates.

On May 25, 1961, former president of the United States of America, John F. Kennedy, proposed to the Congress that the United States “should commit itself to achieving the goal, before this decade is out, of landing a man on the moon and returning him safely to the Earth.” Although President Kennedy was assassinated on November 22, 1963, the vision of landing a man on the moon within a decade was realized because on July 20, 1969, Apollo 11 landed on the moon. This shows that the USA is strong on execution. Without execution, a vision will fail.

In the same way, seizing opportunities turned Stella Ogiale, a struggling mother of five, into a thriving entrepreneur.

In 1996, Stella Ogiale, a Nigerian immigrant who lives in the United States of America, separated from her husband and had to go back to work to support her five children. But she could not opt for a day’s job because one of her children, Chester, was born with autism. The idea of putting him in an institution did not appeal to her because keeping a child like that in an institution “kills the human spirit.” So she decided to keep him at home and make him as comfortable as possible under her watch. While she was trying to figure out how best to take care of the boy, it occurred to her that she could actually bring the amenities at the institution (medical supplies, pharmaceuticals, and specialized physicians) to him at home and she did. After experimenting with her own child and it worked, she realized that there were other parents who would want the same thing for their children and she decided to extend the same service to them by providing home care to mentally or physically disabled patients who would otherwise have to be institutionalized. That marked the commencement of Chesterfield Health Services. Today, the business has grown big with hundreds of patients.

While having a great vision gets an organization up and its capacity gets it ready, it is execution that gets it to its envisioned destination.

How branding can boost leaders’ businesses

The Perils of being an economist