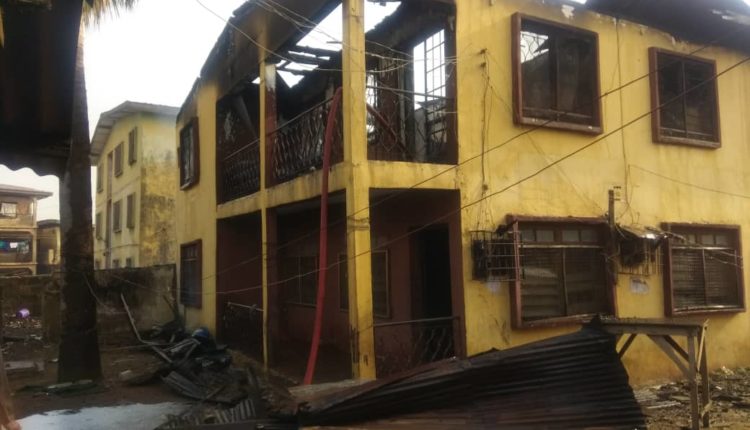 The incident happened at Number 17, Afon Close, Sabo-Oke area of the metropolis.

The fire incident, which threw residents of the area into pandemonium, saw many of the occupants suffering varying degrees of injuries.

Some of the affected victims who lamented the impact of the inferno said that property worth millions of naira were destroyed.

The owner of the building, Mrs. A. Ibitoye, called on the state government and relevant authorities to come to the aid of the affected victims, saying that the people were already battling with the prevalent economic situation in the country.

Also speaking, the Director of the state Fire Service, Prince Falade Olumuyiwa, described the impact of the fire as huge.

“Although the conflagration was huge, however, our men were able to demonstrate high level of professionalism and in no time, the inferno was extinguished.

“Out of the 12 bedrooms in the building, four bedrooms were consumed by the inferno and the other remaining ones were saved by the firemen,” he said.

AMAA calls for entries ahead of 2022 edition