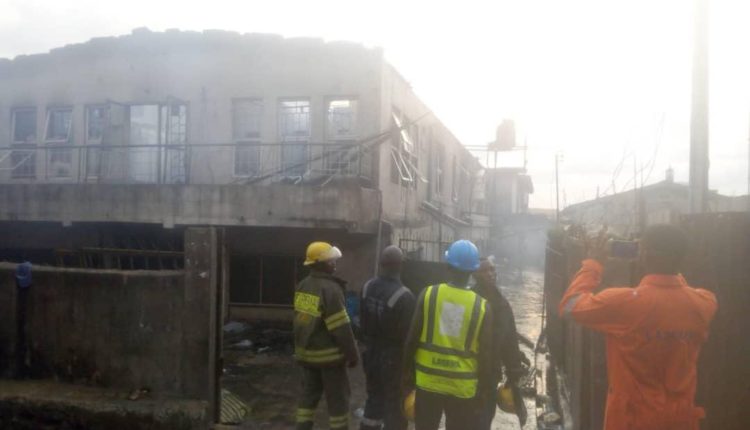 Valuables were on Tuesday destroyed when a fire caused as a result of power surge razed the upper part of a one-storey building in the Surulere area of Lagos State.

The incident, which happened at 16, Yaru Street, Ikate, Surulere, on Tuesday evening around 5.30 p.m., was said to have razed all the rooms at the upper part of the storey building.

It was gathered that the fire started as a result of surge when the electricity distribution company restored power in the area after some hours of power failure. 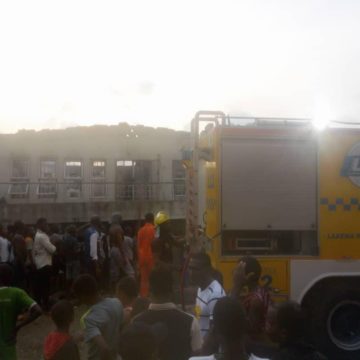 According to the Lagos State Emergency Management Agency (LASEMA) which reported the incident on its Twitter handle, though no life was lost or injuries sustained, the fire destroyed all the valuables in the upper floor before the arrival of firefighters and emergency responders.

According to LASEMA, the combined efforts of both agency responders and firefighters from both the Lagos State Fire Service and the Federal Fire Service
battled frantically in curtailing the fire and preventing it from spreading to adjoining buildings.

According to LASEMA: On arrival at Yaru Street, Ikate Surulere, Lagos, first responders discovered that the upper floor of a one-storey building has caught fire due to an electric power surge on restoration of power supply in the area.

“No life was lost and no injuries sustained during the incident.

“The combined efforts of agency responders and firefighters in conjunction with
Lagos Fire Service and Federal Fire Service were engaged in curtailing the spread of fire to adjoining buildings. Operation concluded.”

THE Nigerian Army, on Monday, gave more insight into the abduction of school children in Kankara Local Government Area of Katsina State. …

Insecurity in the North caused by discrimination, injustice to underprivileged, says Emir