US report on Nigeria: FG has failed on corruption, insecurity —Yakassai, Ozekhome

by Tribune Online
in Top News
Reading Time: 5 mins read
A A 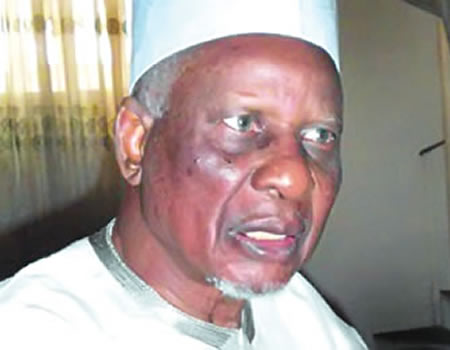 Ahead of President Muhammadu Buhari’s meeting with the President of the United States, Donald Trump, on Monday, elder statesman and former Presidential Adviser, Alhaji Tanko Yakassai and Senior Advocate of Nigeria, Mr Mike Ozekhome, have maintained that the United States Department of State’s 2017 Country Reports on Human Rights Country Practices, which indicted Nigeria for failing in the areas of corruption and insecurity, was in order.

Yakassai said the damning report by the United States is a vindication of Nigerians, who are of the view that the president has failed in his electoral promises.

Appraising the Federal Government’s anti-corruption crusade in a telephone interview with Sunday Tribune, Yakassai noted that those who are of the opinion that the Buhari administration is selective in its fight against corruption “have been justified.”

He said: “My comment is that the position of Nigerians as regards the fight against corruption being carried out by the present administration must be seen from two different perspectives.

“There are people on the side of government who believe that it is fighting corruption. But those who aren’t on the side of the government, they don’t believe the government is fighting it the way it proclaimed. If you look at the case of the former Secretary to the Government of the Federation, Babachir Lawal, which was treated with levity despite weighty allegations by the Senate Committee and the vice-president’s committee report, and the president, acting on the report of that committee, merely removed his SGF. That justified the fact that the Federal Government isn’t really fighting corruption.

“Yes, the EFCC invited him but he should have been arraigned in a competent court of law.  With this kind of attitude, it will be difficult for anybody to believe the government. I don’t want to accuse anybody, but government isn’t doing enough to disabuse the minds of Nigerians, particularly the opposition,” Yakassai said.

The United States Department of State had, penultimate Friday, released its 42nd annual Country Reports on Human Rights Practices, pointing out how the government had failed to prosecute the anti-corruption war effectively by implementing the law on the conviction of official corruption, a development which it said led to “officials frequently engaging in corrupt practices with impunity.”

“Massive, widespread, and pervasive corruption affected all levels of government and the security services. The constitution provides immunity from civil and criminal prosecution for the president, vice president, governors, and deputy governors while in office. There were numerous reports of government corruption during the year,” the report read in part.

In his response to questions from Sunday Tribune on the US report ahead of President Buhari’s visit to Trump, Ozekhome said: “The US report is 100 per cent correct. Nigeria has never had it so bad since the 1st of January, 1914 when the Northern and Southern protectorates were amalgamated to form Nigeria. Whereas, corruption under Jonathan and Obasanjo was democratised, corruption under President Muhammadu Buhari has become privatised that only a tiny cabal enjoys the corruption and takes the whole country for a ride. The present government fights corruption against opposition with insecticide, pesticide, germicide and herbicide but when it comes to the corruption that is oozing and putrefying with government circles, it serenades corruption with perfumes and colognes.”

The lawyer pointed out the different corruption sagas under the Buhari government, including the back-door recall and reinstatement of Mr Abdulrasheed Maina, the chairman of the Presidential Pension Reform Team, accused of embezzling billions of Naira; the alleged $23 billion contract controversy involving the Nigerian National Petroleum Corporation; the reinstatement of the Executive Secretary of the National Health Insurance Scheme, Usman Yusuf, who was suspended by the Minister of Health based on allegations of corruption.

He further cited the case of the former Secretary to the State Government, Babachir Lawal, whose case he alleged had been forgotten after he was merely removed from office after public outcry.

“So, this government is not only embracing corruption, it is watering and protecting it. The Transparency International’s anti-corruption index has shown that Nigeria has even receded 10 steps back; coming at number 148 out of about 150 countries investigated. In the whole of West Africa, Nigeria came second as the most corrupt country. We have never had it so bad.”

In the area of insecurity, the US Country Reports had reiterated the Amnesty International’s indictment of the country on human rights abuses and unlawful killings, even as it made reference to ethnic, regional and religious violence that occurred in the country in 2017.

“In the area of insecurity, the government said it had technically defeated Boko Haram in 2016 and repeated it last year; Boko Haram today is stronger and more potent than ever. This government engaged in Professor Peller’s abracadabra and we saw how Dapchi girls were abducted and released in broad daylight after a so-called negotiation and how one of them who is a Christian is still being held. But the Chibok girls who were abducted in 2014 and the president, while campaigning, said as a General, he would secure their release in three months.

“More crucial is the fact that Boko Haram has now paled into insignificance when compared with the herdsmen menace we have witnessed in the last three years. On a daily basis, you read how Nigerians are killed from Taraba to Adamawa to Kaduna to Benue; we are having an orgy of violence and killings. We are having gory tales of murder, arson and the government is not only helpless about it; it appears to be encouraging it quietly because it does not see anything wrong. Christians are being murdered in droves; Christian priests are killed inside churches and the president, rather than address these situations, is busy campaigning for 2019,” Ozekhome said.

The country report evaluated seven areas of the Nigeria’s national life in 2017, namely; respect for the integrity of the person, respect for civil liberties, freedom to participate in the political process, corruption and lack of transparency in government, governmental attitude regarding international and nongovernmental investigation of alleged abuses of Human Rights, discrimination, societal abuses, and trafficking in persons and worker rights.