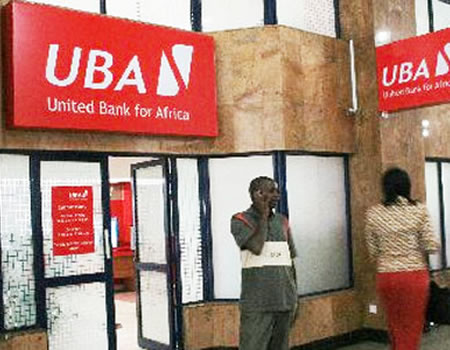 At the Annual General Meeting of UBA on Tuesday, shareholders gave nods to the payment of N22 billion final dividend declared by the board for the financial year ended Dec. 31, 2018.

Speaking at the Bank’s Annual General Meeting (AGM) which held in Lagos, National Chairman, Progressive Shareholders Association of Nigeria (PSAN), Boniface Okezie, commended the board and management for the dividend in spite of unfriendly operating environment, noting that with the financial results, UBA has shown that it can make Africa proud being the biggest bank.

Hamzat Ridwan, representing shareholders from Zamfara also said the Group has indeed proved to be African giant with the performance recorded across the 20 African countries.

Responding, Chairman, Board of Directors, UBA, Tony Elumelu, assured shareholders that the Group is on a stronger footing to gain market share in Nigeria and other 19 African countries where it operates.

Elumelu noted that despite the relatively slow recovery of the economy, the Group’s retail deposit grew by 42 per cent, a testament to its improved service channels and enhanced customer service.

“Overall, the Group recorded a profit before tax (PBT) of N106.8 billion. Our interest income also rose by 11 per cent on the back of increased asset base and African operations contributed 40 per cent of these earnings, reinforcing the positive outlook on our Group’s profitability over the medium to long term,” he said.

Uzoka revealed that politics will continue to shape the business environment in Nigeria and other African countries but however maintained that the Group remains optimistic and will continue to deepen its play in target growth sectors that are benefactors of the government’s reforms and policies whilst banking new opportunities.